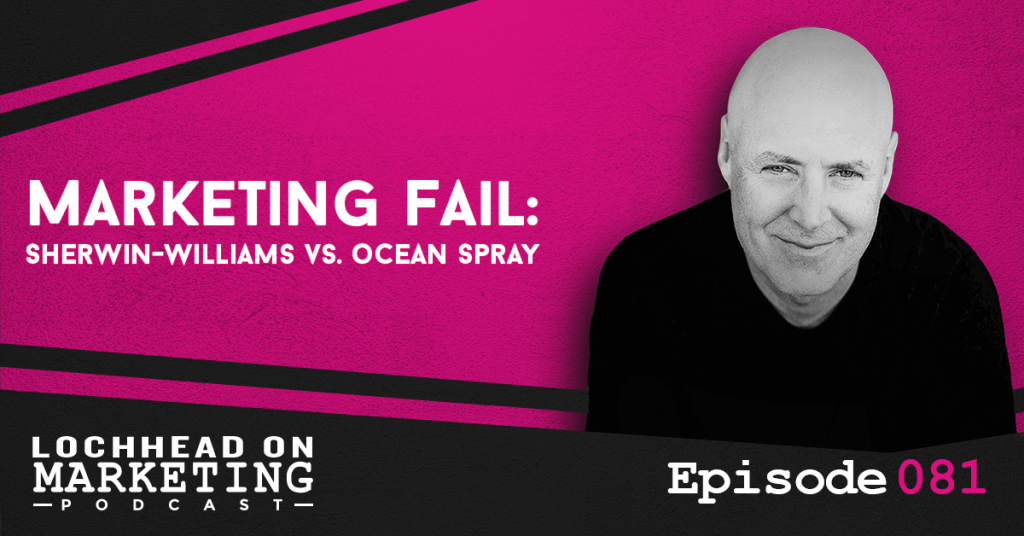 In today’s episode, we dig into two how two companies approached a viral situation. First, Ocean Spray’s positive trendjack in response to Nathan Apodaca’s viral TikTok video. Second, is how Sherwin-Williams fired an employee who created viral Tiktok videos mixing paints. We ask the seminal question, how can you be more like Ocean Spray?

Now, on the other hand, when Tony Piloseno, an Ohio University senior, who worked part-time at Sherwin Williams created a set of popular paint videos on TikTok, he got fired. What’s worse: Piloseno said he actually pitched Sherwin Williams Corporate Marketing Team the idea of being more active on TikTok with some of his videos.

“Piloseno says it took TWO MONTHS to get in touch with corporate marketing and they ‘basically told me that there wasn’t really any promotions going onso there wasn’t a need to see the presentation.’ %$#@!!!!” – Christopher Lochhead

What Savvy CEOs and CMOs Do

Do you work for a company like Ocean Spray or Sherwin Williams? If you want to be more like Ocean Spray, how do we do that? Most companies today, if they are smart, they have social media marketing departments trying to create what this guy has created.

“Savvy CEOs and CMOs invest heavily in creating legendary digital content. leaders want to share knowledge, they have a point of view, and as a result, they are mobilizing communities, they are creating movements and ultimately, they are growing their category and brands through a thought leadership owned media and earned media strategy.” – Christopher Lochhead

Christopher narrates one of his conversations with Robert Rosenberg, the former CEO of Dunkin Donuts. He and his team capitalized on one franchisee discovering a potential product, the munchkins and that is a great example providing support to your team.

“This brings us three seminal questions for all of us Marketers, number 1, are you building an Ocean Spray or Sherwin Williams-like culture? Number 2, are you encouraging radical creativity amongst your people and number? Number 3, are you building a digital owned media strategy and capability?” – Christopher Lochhead

To know more about marketing fail: Sherwin-Williams Vs. Ocean Spray story, download and listen to this episode.

Share on FacebookShare on TwitterShare on PinterestShare on LinkedInShare on Email
Posted in Lochhead on Marketing and tagged Legendary Stories/Shits & Giggles, Marketing/Category Design