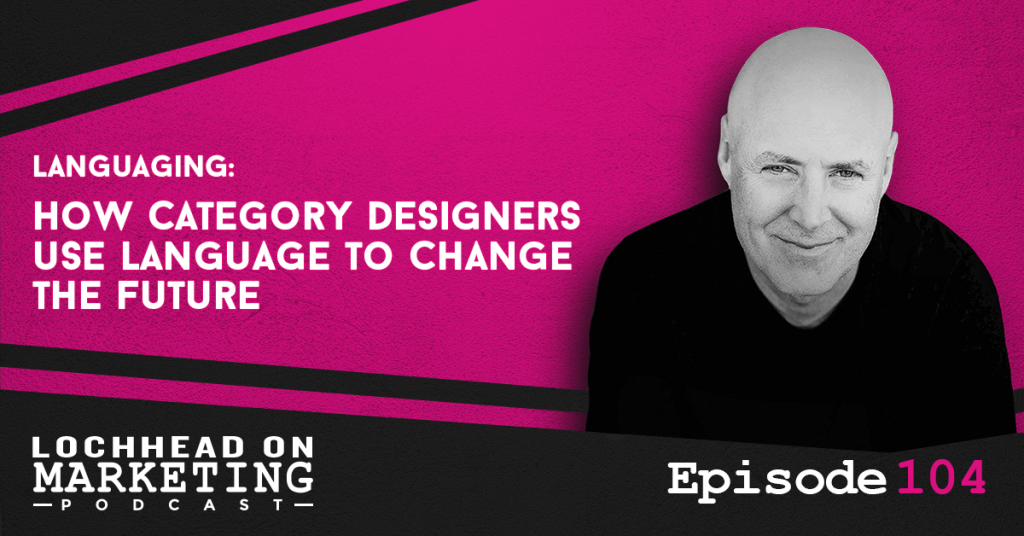 In this episode, Christopher Lochhead talks about language. Specifically, a concept that most entrepreneurs and marketers don’t know much about: Languaging.

Languaging is the strategic use of words and language to change and create the future.

As any category designer worth their salt should know, how you frame a category could make or break them. Having a great context for your category is a must if you want to be ahead of the pack.

What better way to add a strategic context than to use statements that will make customers relate to your category. If you do it right, even just one sentence can propel you to the top.

Christopher uses MP3s and Apple iPods to make his point. In the early 2000s, MP3 players had already been in the market for almost half a decade. Yet a lot of people were not using them, and a bigger portion of the population doesn’t even know what it was.

So when Apple launched the iPod in 2001, they had to find a way to get people to switch from their Walkmans to their new product.

To do this, Apple used strategic languaging to distinguish iPod from other MP3 players by calling it a digital music player. That’s differentiation.

To drive it all home, they have this one-sentence slogan that resonates with consumers.

One thousand songs in your pocket.

On his first Apple iPod press release, Steve Jobs made it very, very clear that Apple was absolutely designing a new category with its new product. It wasn’t just another MP3 player. He said:

“With iPod Apple has reinvented a whole new category of digital music player that lets you put your entire music collection in your pocket and listen to it wherever you go. With iPod listening to music will never be the same again.” – Steve Jobs

Apple redesigned the category and ran away with it by putting the technology in a context people could understand.

Frame it and Name it

It is important to note that language we use to describe something changes the thing, the way people see and value the thing.

If you start listening for languaging, which you could think of as the strategic use of words and language to change thinking, you’ll start to notice it more often.