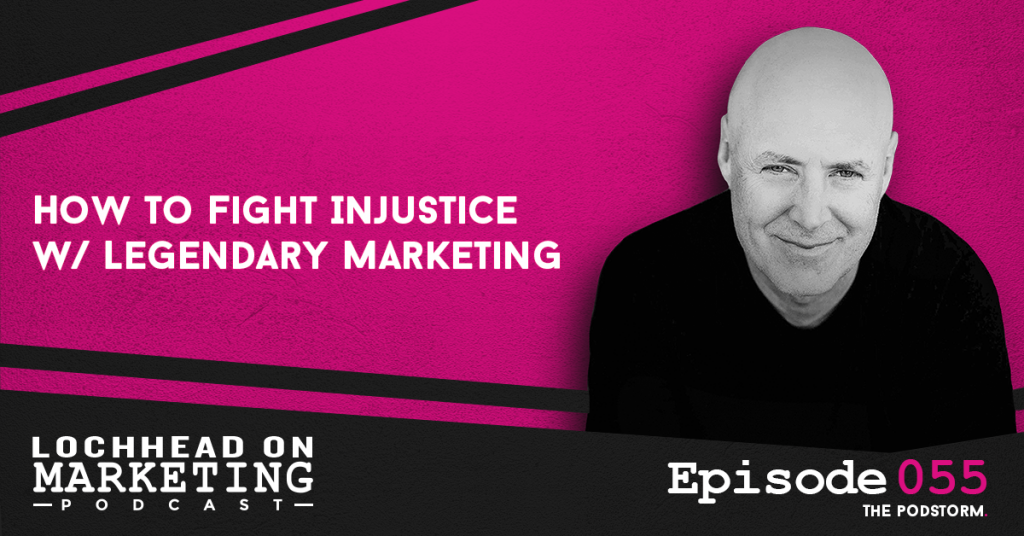 Today, let’s take a look at the role of marketing in driving real, dramatic, impactful, important social change. We dig into topics like the battle against AIDS, the women’s movement, and even the founding of the United States of America as actual acts of legendary marketing, and what you might think of as category design.

It moves the world

“I would argue to you that the greatest marketers, the most legendary marketers are actually category designers. They introduced the world to new ways of thinking, playing, and working and for major societal change to happen. It requires new categories of thinking, what you might think of as very different points of view, points of view that move the world from the way it is today, to the way we want it to be.” – Christopher Lochhead

From spreading awareness about AIDS, to equality wage for equal work, to the establishment of the United States of America, Christopher carefully breaks down why these are provocative points of view that later on demanded societal changes.

He reads several quotes lifted from the actual Declaration of Independence and touches on self-governance, which is timely at the moment of recording, where there is civil unrest in the US because of the untimely death of African American George Floyd.

Designing The World of Your Choosing

As Christopher believes this is a cocoon time, a time in between pre-Covid19 and post Covid19, he poses a question on what kind of world we would like to design?

“So what am I saying to you? Whether it’s a legendary entrepreneur, artist, or social change agent? The question facing all of us in the United States, particularly and frankly, around the world, is what kind of country and what kind of world do we want to design now?” – Christopher Lochhead

From Kenneth Cole, a New Solidarity

Share on FacebookShare on TwitterShare on PinterestShare on LinkedInShare on Email
Posted in Lochhead on Marketing and tagged Category Design, Leadership, Marketing PodStorm