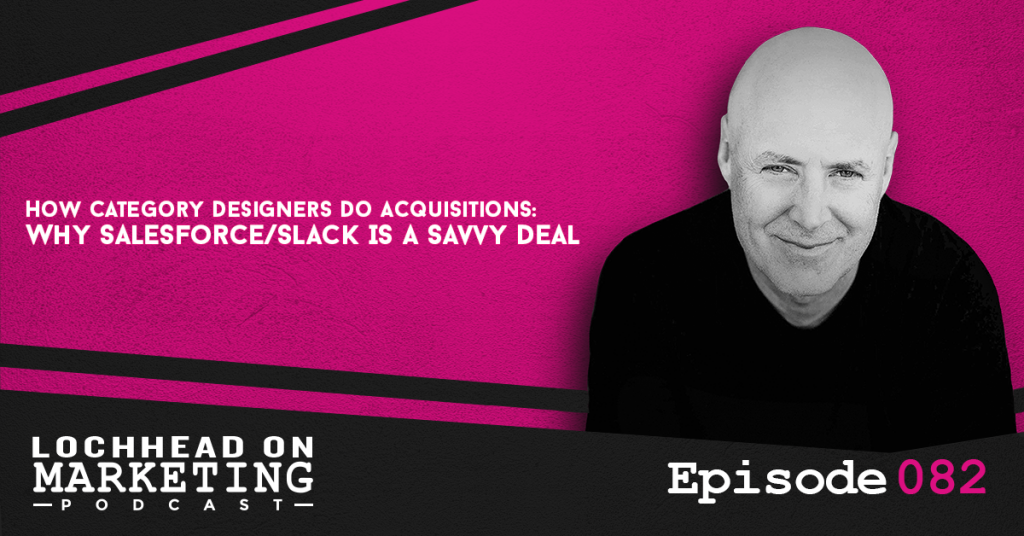 Most people look at acquisitions through a spreadsheet lens. Of course the financials matter for mergers and acquisition deals, but when viewed through a category design lens, acquisitions look very, very different. In this episode, we break down the differences using the Salesforce / Slack Deal as an example and Google purchasing YouTube way back 2006.

In line with this, let’s step back in memory lane, October of 2006, when Google purchased YouTube For $1.65B. YouTube was two years old then with just 65 employees. Many experts said predictable things like “how can Google be so stupid” “they paid so much for a company with little revenue, no profits.”

Legendary new categories are often obvious to most people, in hindsight. To put a fine point on this one: in 2019 YouTube did $15B in Ad sales. Google made a category acceleration deal. They redesigned part of the category landscape on the internet and they’ve been benefiting as a result ever since then

“Think of what could have happened to Google if Microsoft, Yahoo, Disney or someone else owned Youtube? As Internet categories were getting designed and redesigned, without YouTube, Google could have found its ass on the floor in the game of category musical chairs.” – Christopher Lochhead

After Salesforce bought Slack for $28billion, their stock got hammered down to 11%. In fact, headline of MarketWatch.com is: Salesforce stock drops as Wall Street questions necessity of Slack purchase.

“Now there is an epic mega category battle going down for the new distributed, digital workplace. Here’s what they don’t get…Salesforce just increased their odd in this epic category battle.” – Christopher Lochhead

To know more about How Category Designers Do Acquisitions: Why Salesforce/Slack Is a Savvy Deal, download and listen to this episode.

Salesforce to Acquire Slack for $27.7 Billion

A Decade Ago, Google Bought YouTube — and It Was the Best Tech Deal Ever

Share on FacebookShare on TwitterShare on PinterestShare on LinkedInShare on Email
Posted in Lochhead on Marketing and tagged Category Design, Mergers and Acquisitions, Tech