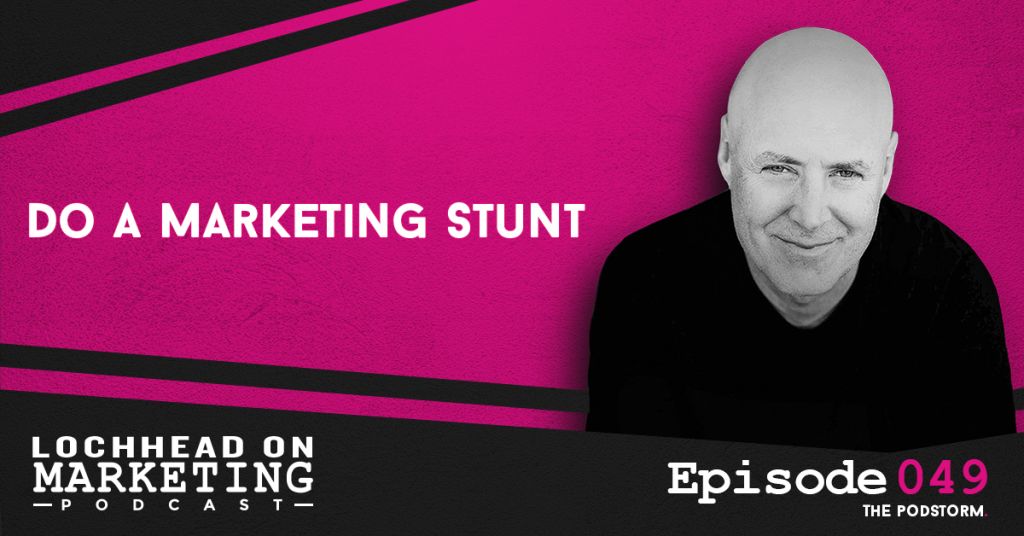 In this episode, let’s talk about the power of a well-timed stunt to gain attention, rise above the noise, and drive revenue. This is how we get our creative juices flowing. Do something that is maybe a little provocative, maybe a little risque. It should be designed to get a lot of attention, and maybe even drive some PR.

Christopher shares about different brands and their provocative stunts. Max Temkin, founder of the Cards Against Humanity appeared on Follow Your Different Episode 60. Max and his team probably are the masters in terms of marketing stunts when they jacked up their prices, on Black Friday Sale.

“As a way of sort of doing the opposite of what every B2C company and brand does — and as a way of sort of calling bs on consumerism — they increased the price of Cards Against Humanity on Black Friday, and got a ton of PR for it. People thought it was hysterical. They paid the price. They stood out.” – Christopher Lochhead

CarsDirect.Com also pulled off one legendary stunt when they sent out press releases about their proposal to sponsor the Golden Gate Bridge. This press release stirred up a lot of controversies and reaction from the media, but they still ended up getting a lot of publicity for it.

“Now notice, they put forward a proposal, it wasn’t actually happening. By putting that press release out, they caused a tremendous amount of controversy.” – Christopher Lochhead

Another marketing stunt that got into a lot of controversies is the Ad of 24 Hour Fitness featuring an alien and caption that says, “when they come, they’ll eat the fat ones first.”

“Their CEO is interviewed on the news. And he was talking about how they’re just trying to have fun and shine a light on obesity and that people need to get fit and healthy and the like. And a lot of people were upset and there was all this kerfuffle again, but what were they talking about? 24 Hour Fitness.” – Christopher Lochhead

Christopher encourages companies to be provocative, be thoughtful be potentially willing to piss some people off (depending on your brand).

To hear more about doing a marketing stunt, download and listen to this episode.

Share on FacebookShare on TwitterShare on PinterestShare on LinkedInShare on Email
Posted in Lochhead on Marketing and tagged Marketing, Marketing PodStorm