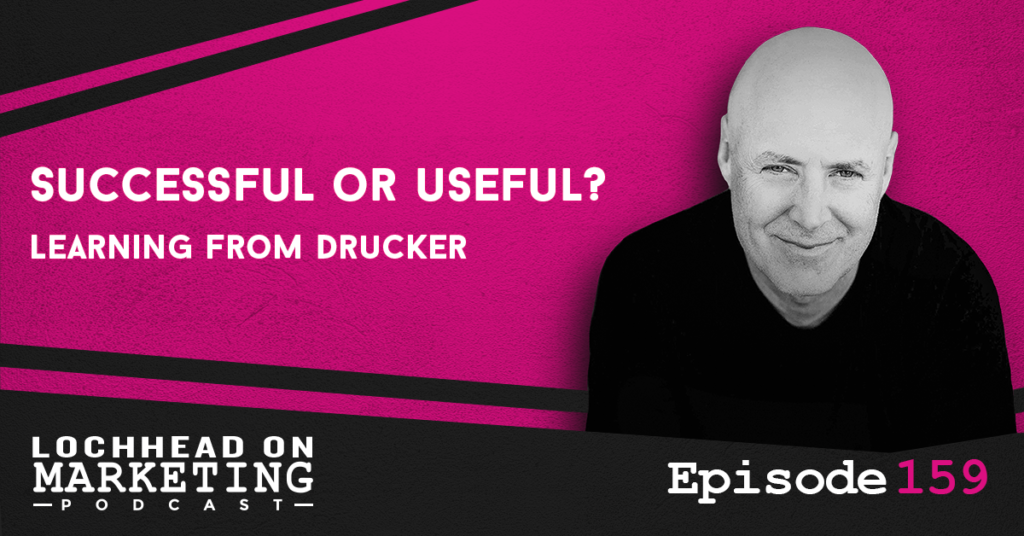 Peter Drucker is considered the father of modern business management. If there was a Mount Rushmore of business thinking, he’d be on it. Recently on Category Pirates, we’ve begun work on the evolution of Peter Drucker’s concept of a knowledge worker, to what can today be called as the emergence of an intellectual capitalist.

So I wanted to look back on Peter Drucker’s ideas that had a huge impact on me, and see if we can apply more of them in our current endeavors. His book, The Effective Executive, helped me become an organized person and an effective executive of my own.  And when I read the foreword in the latest edition that was written by Jim Collins, it struck something profound, which I hope to share with you.

Here’s the foreword by Jim Collins:

My first meeting with Drucker is one of the 10 most significant days of my life. Peter had dedicated himself to one huge question: how can we make society both more productive and more humane?

His warmth, as when he grasped my hand in two of his upon opening his front door and said, “Mr. Collins, so very pleased to meet you please come inside”, bespoke his own humanity. But he was also incredibly productive. At one point, I asked him which of his 27 books he was most proud of, to which Drucker, then 86, replied, the next one. He wrote 10 more.

At the end of the day, Peter hit me with a challenge. I was on the cusp of leaving my faculty spot at Stanford, betting on a self-created path. And I was scared.

“It seems to me you spend a lot of time worrying about how you will survive”, said Peter. “You will probably survive”, he continued, “and you seem to spend a lot of energy on the question of how to be successful. But that is the wrong question”. He paused. Then, like the Zen master thwacking the table with a bamboo stick, “the question is, how to be useful.” A great teacher can change your life in 30 seconds.

I know that there have been moments in my life where I wondered if I was going to survive or make it. And the interesting teaching here that Jim is sharing with us from Peter, is that when we turn our effort, our focus on being useful to others, ourselves become less important.

So if you’re somebody right now, who’s wondering how to be successful or worried that maybe you won’t survive, or maybe that your startup or your career is on the wrong path. I would just underscore the story, you’ll probably survive. Like Peter said, the real question is, how can we all be useful?