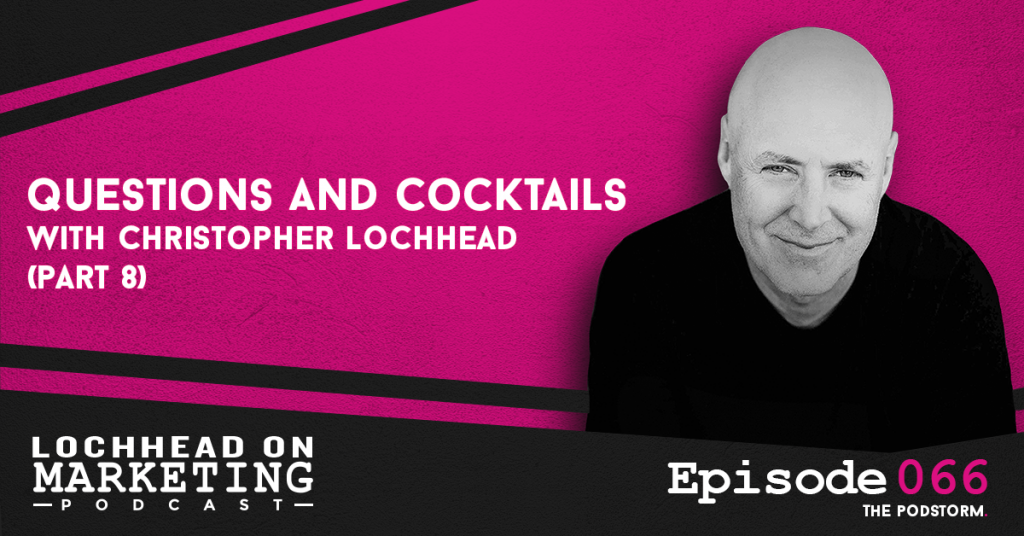 During the PodStorm, we’re doing a live Facebook Question and Answer session, every Friday, 11:30 a.m. PST. We are now on our last week for PodStorm Q&A and we hope to hear from you if you want us to do more live Q&As!

Today, podcast living legend Jason DeFillippo of Grumpy Old Geeks joins us to answer some questions about the importance of internal communications, how public relations and investor relations should work together, and a whole lot more!

One listener asked about Christopher’s thoughts on the importance of internal communications and what function inside the company should own it. He narrated how Steve Jobs is the perfect example of this and how his words “there are no phenomenal products in our pipeline” was a self-fulfilling prophecy.

“I think the role of marketing internally is at least equal to the value externally. In some ways more, when people pick up a newspaper or read something online, and they hear, for example, your CEO talking about the company’s mission, or talking about a new product that you just launched, and how it’s going to transform the category and make a difference to a giant number of people, things along those lines are my favorite examples.” – Christopher Lochhead

Christopher shares candidly that IR and PR, Investor Relations and Public Relations need to be deeply connected. Although it is highly unusual to have IR in marketing since it is always in Finance. However, Christopher shares some instances where Finance would find the Marketing team handy.

“The best CFO I know are way more than accountants. They’re strategic minds. They’re great at mergers and acquisitions and operations. So a lot of companies, if they’re smart, have a very big, big, big time CFO, and I think that’s, particularly if you’re planning on going public.” – Christopher Lochhead

When do we change the logo?

Unless it’s ugly and bad, Christopher believes changing the logo is a strategic mistake, particularly in your first six months. It sends a message to a lot of people that you are tinkering with the creative, as opposed to getting deep in the business.

“You don’t want to be seen as the moron who’s like tinkering with the colors. When there’s some big problem that needs to get addressed. Make sure we’re getting on with the business at hand. You want to be seen as somebody who’s deep in the business, making a giant difference, particularly for the field sales organization, and then the product and engineering organization.” – Christopher Lochhead