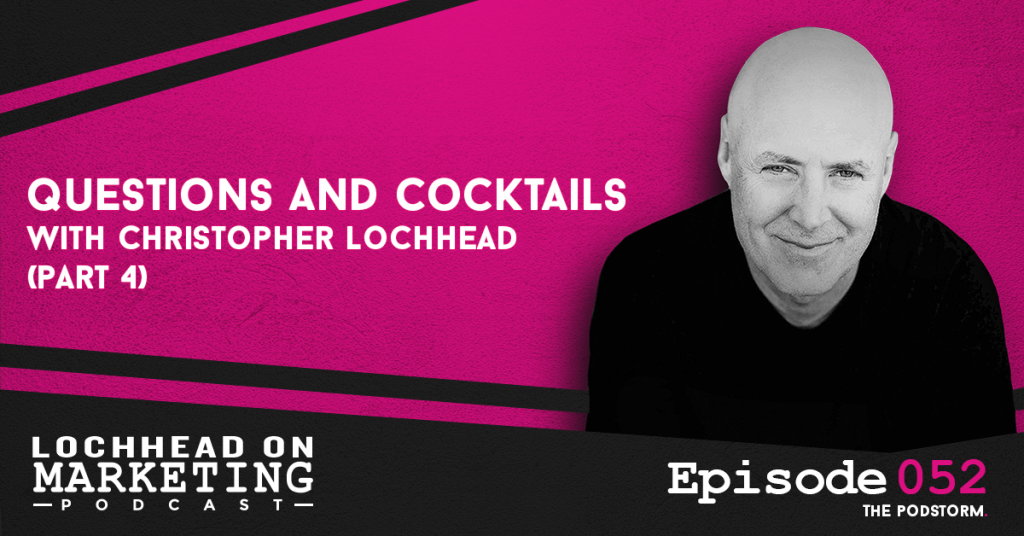 During the PodStorm, we’re doing a live Facebook Question and Answer session, every Friday, 11:30 a.m. PST. We did our first and second one last week. We’re going to share with you our fourth part of the Q&A session in this episode. Today, podcast living legend Jason DeFillippo of Grumpy Old Geeks joins us to answer some questions about lightning strikes, taglines, how to launch a new category, and much more.

How long does a Lightning Strike Last?

Christopher answers this question about marketing lightning strikes: it ranges from a day to a week. He further says that this is a challenge of either rising above the noise or being part of the noise. During a lightning strike, you try to stand out and become undeniable to your target audience

“The key tenants of a lightning strike are maximum impact in minimum time. It’s predicated on the premise that you can’t peanut butter, your marketing, right.” – Christopher Lochhead

How do we come up with a tagline?

Christopher and Jason converses nicely about coming up with a powerful tagline. Christopher says the Grumpy Old Geeks have one of the best taglines in over the web: “What went wrong on the internet and who’s to blame?” Christopher gives out other examples in this episode.

“The vast majority of taglines are complete bullshit. The reason they’re bullshit is: they’re some meaningless thing. Most importantly, they do not tie often to the brand. Category and legendary taglines are representative of a point of view, centered around the category.”  – Christopher Lochhead

When is a good time to launch a new category?

Christopher gives out a few examples of companies that successfully launched their categories, such as Zoom. Jason chides in with a few more examples such as Reddit. Ultimately, what is worthy to take note are the megatrends that you could take advantage of to build a new category.

Share on FacebookShare on TwitterShare on PinterestShare on LinkedInShare on Email
Posted in Lochhead on Marketing and tagged Marketing PodStorm, Marketing/Category Design