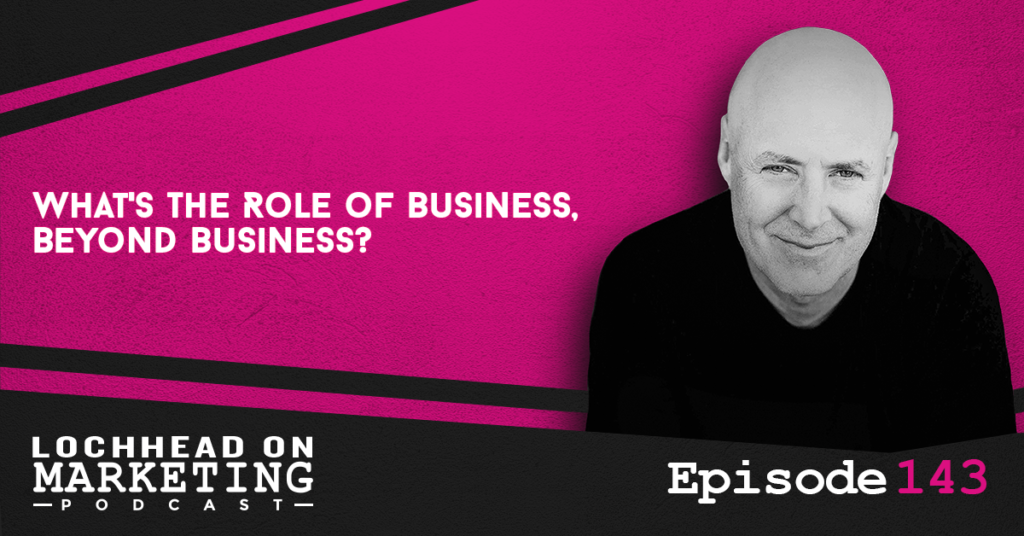 On this episode of Lochhead on Marketing, let’s ask what is the role of business, beyond just business.

Today marks the 5th day into the Russian invasion of the Ukraine, the first attack of its kind since Sept. 1, 1939 – the start of World War 2. So let’s talk about how this affects businesses, and how businesses can affect it.

According to the Wall Street Journal, the US is still buying 8% of its oil from Russia. On the commercial side, there has been no announcements by companies such as McDonalds, KFC, Burger King, and Papa John’s to name a few, on closure of their branches in Russia, temporary or otherwise.

On the tech side of things, there have also been no word from Jeff Bezos, Bill Gates, Mark Zuckerberg, nor from Google CEO Sundar Pichai, Microsoft CEO Satya Nadella, as well as CISCO CEO Chuck Robbins and Oracle CEO Safra Catz on their stance and plans as things progress in Russia.

I’m disheartened, somewhat defeated, and absolutely fucking royally mad about the silence from Silicon Valley on this topic.

There are some exceptions, of course. Criticize the man all you like, but Elon Musk made a commitment to keep the Ukraine connected to the internet via his Starlink satellite internet. Less than 48 hours after he made that promise, a shipment of Starlink terminals arrived in the Ukraine.

Businesses Getting Involved in War

There are those on the web that criticize people who celebrate when big corporations do something in the situation. My response to them is this:

“Anyone who supports in any way, a free democratic society, who is being invaded, attacked, and mass murdered is a hero.” – Christopher Lochhead

Now, if you wish to join me in making a financial contribution, we took a list of charities helping in the Ukraine(published by NBC News). You can check out that list of charities and I encourage you to crack open your wallet and see if you can make a difference for the people of Ukraine. You can also donate to Doctors Without Borders as they mobilize to help Ukraine and nearby countries that were affected.

The Role of Businesses beyond Business

As a business owner or entrepreneur, you might be asking – how exactly can businesses help in this situation?

Of course, there are certain companies and certain situations where it makes sense to keep doing business. In Russia, for example, communication, and social platforms is critical for Russian citizens to be able to see and hear what their government is doing in the Ukraine.

It’s easy to be great when everything’s great. But what defines our lives is who we choose to be in times of crisis.