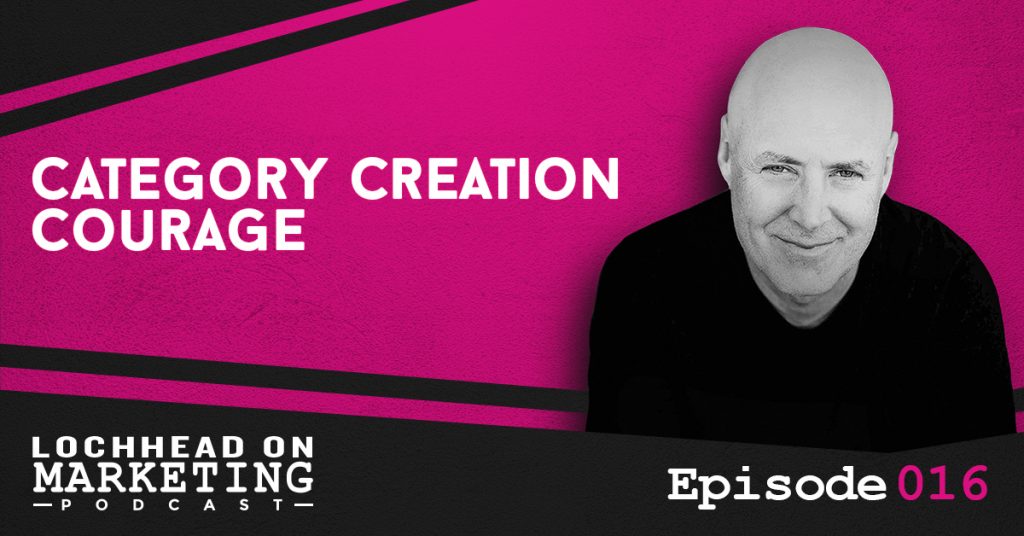 In today’s episode, Christopher Lochhead talks about why courage is a critical ingredient for legendary marketing and category design. He poses the question: “What does it take to make legendary marketing happen?” and he shares some except his book Niche Down to answer this.

Break From The Pack

What does it take to break from the pack? The pack, which usually means the general public, the people who think and does the same kind of marketing. What do we need to enable us to design a category and from then, execute to dominate that category?

“I hope you find it informative and inspiring as it relates to summoning the courage to actually do something legendary, design and dominate a category.” – Christopher Lochhead

Excerpts from Niche Down

Heather Clancy wrote in the book:

Category design actually requires going against that pack mentality. Humans have a primordial need to feel safe in numbers. We get a lot of positive feedback from being the same as others. Our challenge to you is to break from the pack. Free the creative part, the innovative part,the legendary part of you — and let that part be different.

Our dream is that you harness the exponential power of what makes you different versus the incrementalism of just being better. Because it is being different that makes a difference. And we know how tough that can be.

“Kermit The Frog” famously sang: “It’s not easy being green.”

He goes on to posit, “I want to live in a world of ‘Yes’.” Of course, there will be a lot of “losery” along the way.  To be legendary is to be ready for setbacks, disappointments and failures.

Because shit happens. Sometimes, life can be crushing. We’ve both been crushed more times than we can count. It’s okay to be a loser.

Or, take the loss head on, learn from it and execute like a badass legend.

It Takes Courage to be Legendary

What Heather and Christopher are trying to communicate is the “emotional or psychological” barrier in doing legendary marketing. To put it simply, it takes a lot of courage to be legendary. Courage is moving forward in pursuing your plans, even though a lot of evidence states it won’t work.

Christopher cited his other podcast, Follow Your Different as an example. Regardless of what the experts in the podcasting industry were telling him — that business people will not listen to a long-form, unedited conversation podcast — FYD has become a top 200 overall charting podcast in the United States.

“If you believe in the problem you’re solving and you believe in your vision, then go with it. Be different, stick to it and have the courage to be legendary and execute like a badass legend.” – Christopher Lochhead

To hear more about Category Creation Courage and more relevant information from Christopher Lochhead, download and listen to the episode.

FacebookTwitterPinterestLinkedinEmail
Posted in Lochhead on Marketing and tagged Category Design

030 How To Make Marketing Decisions

028 Is Your Marketing Plan Radical Enough?