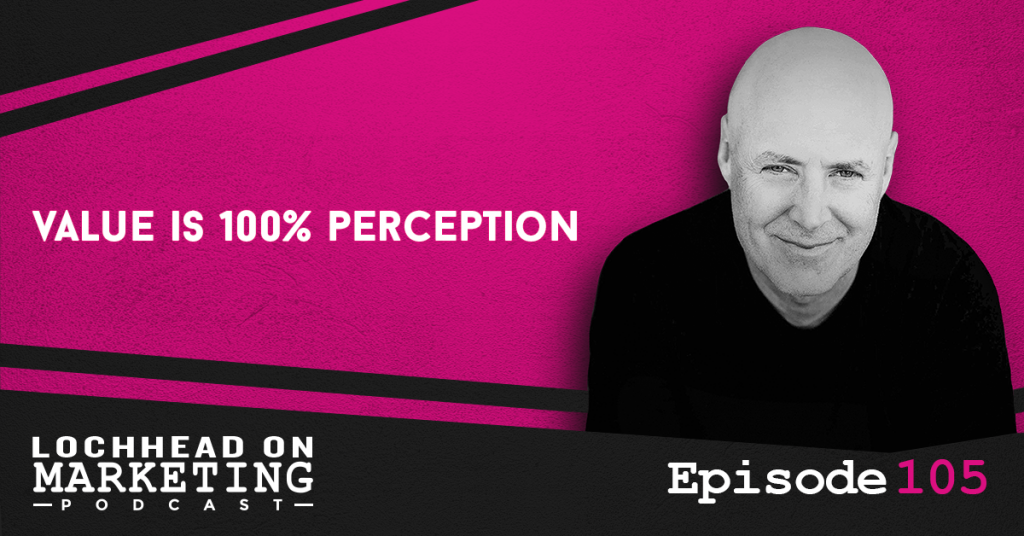 In this episode, Christopher Lochhead talks about value, and how it is 100% dependent on people’s perception. That is to say, nothing has any intrinsic value until someone believes it has value.

You can also learn about one of the greatest stories about how an entrepreneur and category designer created value, that is to say, the perception of value for a product that left a lot of people scratching their heads.

Gary Dahl and his pet rock is an amazing study on how people assign value to something based on their perception.

In 1975, Gary Dahl thought it would be funny to sell pet rocks. He never would’ve thought that this funny running gag would sweep the nation, selling roughly 1.5 million pet rocks at $3.95 a pop.

Christopher remembers his sister wanting to join in the fad, so he offered to catch her a pet rock himself.

“I remember this well. I was a kid at the time and my sister wanted one, and I remember exactly what I said at the time: “Well, if you like, I’ll go outside and catch you a wild one.” “- Christopher Lochhead

Was it a weird fad? Probably. Yet it wasn’t the first of its kind, and certainly not the last crazy fad people subscribed to.

Value is in the Perception

While it may seem silly that Gary Dahl managed to sell that many pet rocks, but how he marketed it was nothing short of genius.

He packaged it in a colorful box that even had holes so your pet rock can “breathe”. There was even a comprehensive manual on how you can take care of your pet rock, which just adds to the hilarity of it all.

Basically, Gary Dahl assigned a value to his pet rocks. As a Category Designer and some brilliant marketing, he made people perceive the Pet Rock as something of value. All due to the story he weaved to back it up.

So what does this teach us? For Christopher it means that nothing is intrinsically valuable. That value is 100 percent a perception.

“If you’re a regular listener, you’ve heard me and you’ve heard Jason talking about these new NFTs in the digital space: people selling digital products at extraordinary prices. Jason made the comment that his dad is in the art business and he grew up in that business. In his words, what sells a painting is a story. And so what makes something valuable is that people perceive it as valuable.” – Christopher Lochhead

Creating Value Out of Nothing

Legendary category designers are legendary because they create new perceptions of value. They establish the belief that something is valuable when that belief did not exist before.

So as category designers, the challenge is to change people’s perception about your product or services. If you are successful, you can create something valuable… out of nothing.

He also co-founded the marketing consulting firm LOCHHEAD; the founding CMO of Internet consulting firm Scient, and served as head of marketing at the CRM software firm Vantive.We hope you enjoyed this episode of Lochhead on Marketing™! Christopher loves hearing from his listeners. Feel free to email him, connect on Facebook, Twitter, Instagram, and subscribe on Apple Podcast! You may also subscribe to his newsletter, The Difference, for some amazing content.