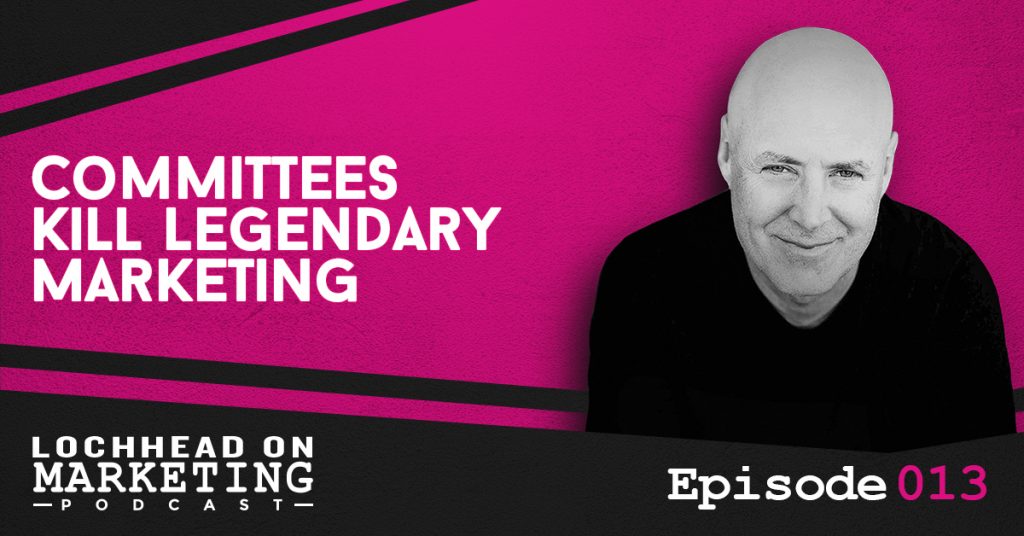 In today’s episode, Christopher gives us a rundown on why he thinks committees kill legendary marketing.

Why is so much marketing, shitty?

Christopher Lochhead candidly shares his honest observation on the industry today: a lot of marketing efforts suck. Aside from bad creatives, much of this onslaught of marketing stems from their inability to make a difference in designing and dominating a market category. Who’s to blame? Christopher says its the committees.

“This is probably true for most major initiatives in business, but it’s especially true in marketing because, fundamentally, legendary marketing is about leadership.” – Christopher Lochhead

To become the leader in your space — the category queen — a company must define and dominate a market niche. This not only holds true in tech companies but for almost all industries today. To dominate a market, every company’s objective should focus on building the company that wins, with a clear point of view on problem-solving.

The problem with committees

A famous automotive engineer and businessman, Charles Kettering, once said: “If you want to kill any idea in the world, get a committee working on it.” Why does committees hinder legendary marketing?

“The problem with most committees is that they are focused on process, not results.” – Christopher Lochhead

Committees generally try to incorporate everyone’s “feedback,” spend time “socializing ideas” and analyzing data. In the end, they are trying too hard to make everyone happy. Committees strive to be collaborative and ensure that all constituents have a say.

A structural problem with many committees is that a lot of people can say no, while at the same time, they are not clear about who can say yes. By definition, if everybody agrees, that’s not a legendary idea.

“As a result, committees produce a compromise. They settle on the ideas that everyone could agree on. Not legendary ideas.” – Christopher Lochhead

Additionally, people involved in committees are oftentimes not subject matter experts themselves, which further leads to mediocre marketing efforts.

“It’s not about what people like, it’s about what’s gonna work. Particularly what’s gonna work through the lens. Will these help us design and dominate a giant category that matters and take 2/3 of the economics?” – Christopher Lochhead

To hear more about committees kill legendary marketing and more relevant information from Christopher Lochhead, download and listen to the episode.