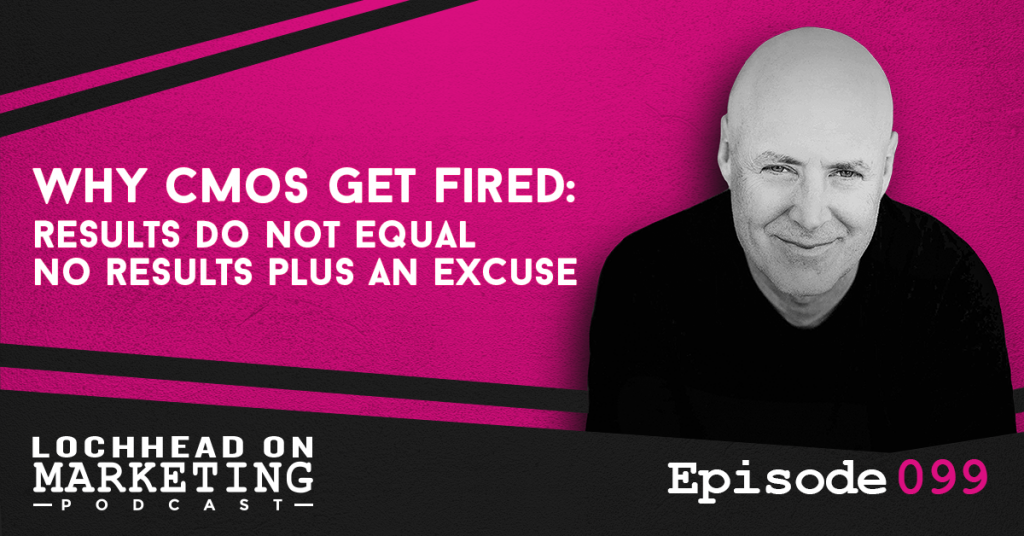 On this episode, let’s talk about producing legendary results in the context of CMO tenure. According to the Wall Street Journal, based on research from Spencer Stewart, the median tenure of a CMO was only 27 and a half months in 2019, which was down from 31 months in 2017. This is in stark contrast to the CEO’s average tenure of 88.4 months or about seven and a half years. CFOs have roughly 63 months or nearly five and a half years.

Success is about producing legendary results. So on this episode, let’s talk about that.

Marketing Is A Constant Revolving Door

One legendary marketing consultant in Silicon Valley and friend of Christopher says that marketing is now a constant revolving door. CMO tenure is down to more or less two years and across all levels in the marketing department. Covid-19 made matters worse and we ask, what is driving this “revolving door”?

“One of them is, everybody in marketing is very busy all the time, very frenzied in a stimulus-response like we’re trying to win the activity contest. Success in business is not about winning the activity contest. As a matter of fact, activity does not equal to results. So yes, shave the dog.” – Christopher Lochhead

Results Do Not Equal No Results Plus An Excuse

The big aha here is results do not equal no results, plus an excuse. Christopher describes sales as binary, you either hit the numbers, exceed the numbers or do not hit the numbers. It is the sole indicator that you are doing well, but this should not be the case for marketers.

“As a CEO, you live and die by the numbers. Every quarter, as the head of sales, chief revenue, officer, VP of sales, whatever title it is, head of sales, that’s true too. The reality is, that should be true in marketing as well. This sort of leads us to the question, what are the marketing results that matter?” – Christopher Lochhead

To know more about the three marketing results that matter, download and listen to this episode.