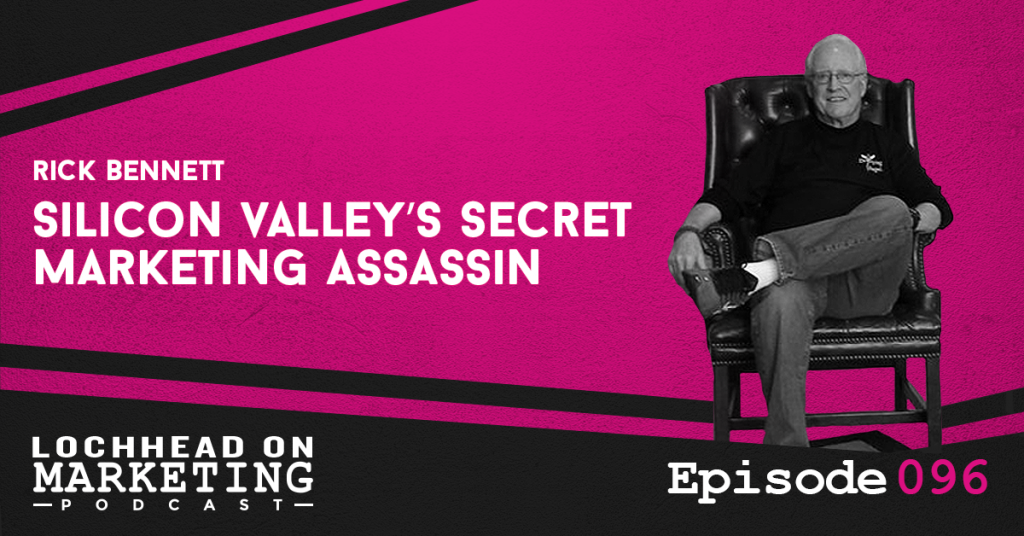 Advertising is a powerful thing in the world of business. Whether you have a start-up or a successful company, you still need an effective advertisement to propel your brand forward. Silicon Valley’s secret advertising weapon, Rick Bennett, is here with us today to give pieces of advice about advertising and marketing. Also, he talks about how being wise and having good decisions help us as human beings.

Rick says that the best thing to do when advertising is to avoid saying anything that a competitor could say. You’ve got to rebut if a competitor tries to provoke you by saying he’s wrong and it’s not true. Also, he says that the trick is not to get sued for libel or slander.

“You have to use technological intimidation. You can only speak to the technological truth. We don’t call someone a liar. We can say, well, this isn’t true, and we prove why.” – Rick Bennett

Rick is a master at writing legendary headlines back in the day. Christopher asks him when is the right time to invest in an advertisement after creating a headline and then testing it. He says that rhetorical wargaming using SurveyMonkey to test a bunch of ideas is helpful and also giving a free product to the audience:

“Survey monkey is good, but the trick is the giveaway. You need to offer a free product that anybody can log on to and check out your AI. That could be very granular and atomic and just take off.” – Rick Bennett

How to Function Creatively

Christopher and Rick talk about the assault on the Capitol that happened on January 6, where several people died because of the riot. Christopher says that politics was about arguing to solve problems, and now it’s just about arguing to continue to argue. Rick agrees, and he says that we can’t change anybody’s mind, so we have to change the playing field.

“One idea that I have is that creativity and genius cannot exist in a state of anger. In other words, you get angry on either side, and you have destroyed your ability to function creatively. Creativity is a curse. That’s the way I kind of cloister myself in the pirate cottage here up in the mountainside, and I try not to let anything destroy my creativity as it is.” – Rick Bennett

He’s been the secret advertising weapon to Silicon Valley entrepreneurs for over 30 years.

Two of his most spectacular successes are Oracle and Salesforce.com.