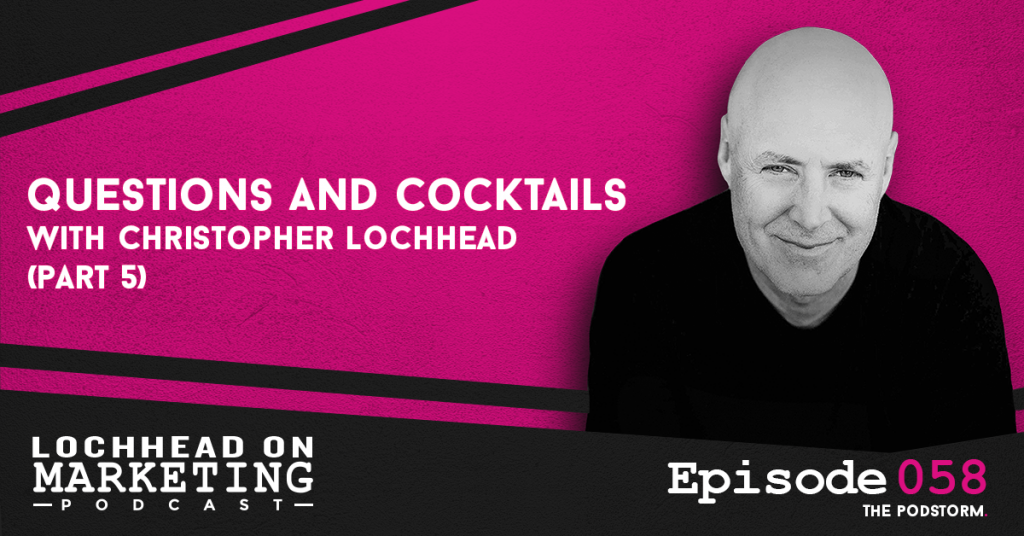 During the PodStorm, we’re doing a live Facebook Question and Answer session, every Friday, 11:30 a.m. PST. We did our first and second one last week. We’re going to share with you our third one in this episode.

Today, podcast living legend Jason DeFillippo of Grumpy Old Geeks joins us to answer some questions about marketing and generating revenue in times of crisis, becoming a CMO who is hard to fire and masterminds for executives of color.

How do brands figure out what to do and say?

Given the current situation of the world, Christopher firmly believes there is no other time than now to make a stand. As he always shares, this is the time to be radically generous and thoughtfully aggressive. He also warns that brands should be prepared to receive a backlash.

“I think for a lot of brands, making a public statement right now is a very smart thing to do.” – Christopher Lochhead

Brands can do a lot of marketing in a positive light while also driving revenue. He encourages brands to take extra caution too with these efforts, as to not sound insensitive or tone-deaf.

“I might feel passionate and want to take a stand or say something or whatever but I am also being more purposely cautious, which is unusual for me. I think it’s a good strategy right now. If you’re going to step into the mix, so to speak, even if you’re trying not necessarily to be controversial, I think it’s a good time to be super thoughtful.” – Christopher Lochhead

What’s your advice for a B2B CMO?

One listener asked for Christopher’s advice, as she is a new CMO in a B2B company. She says she observed most CMOs get fired a lot! Christopher gives out a few pointers to remember, speaking as a 3x CMO himself.

“The first thing is: your entire ability to be effective and successful as a CMO is as a direct result of your relationship with the Chief Executive officer. The second one is one of the main reasons, particularly in the software business, CMOS get fired is they don’t make the cash register sing. The third thing is to make friends with the field.” – Christopher Lochhead

Mastermind Group For People of Color

Another listener asked if Christopher could give reference to a mastermind group for people of color. He fully supports and knows quite a number of African-American entrepreneurs, however he is yet to find a group he could refer to.