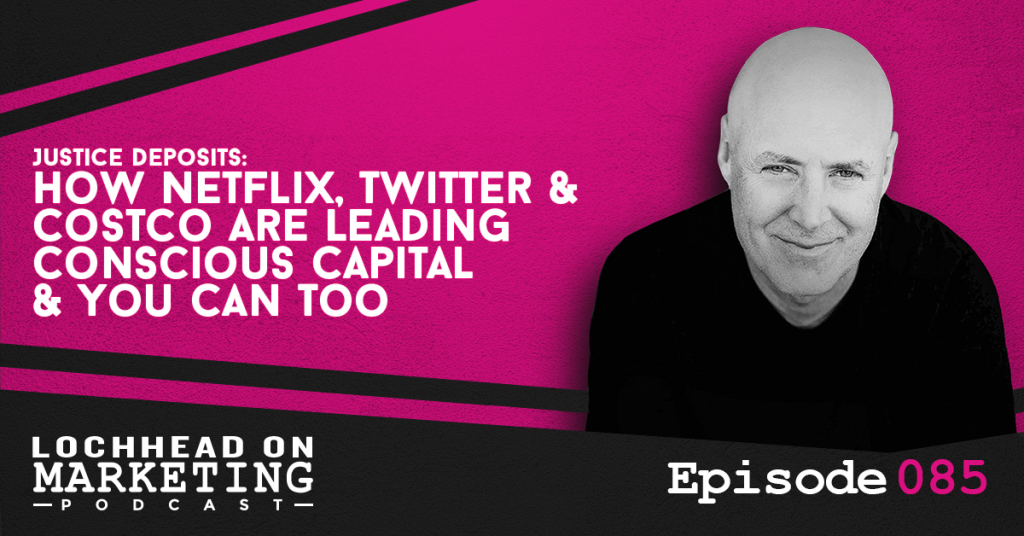 In June of 2020, Netflix announced that it was moving 2% of its cash equal to about $100 million to bolster black owned and black run banks, allowing these banks to lend more. The way this works is pretty simple: when we make deposits in a bank, that allows them to make more loans. More and more corporations and nonprofits are jumping in to join the movement.

In this episode, let’s go deep on the power of justice deposits.

“The early adopters in this movement—the justice deposits—have pledged to move nearly $800 million. That is nearly equal to 20% of the current total assets held today in black owned and black run banks.” – Christopher Lochhead

Address The Root Cause of Inequality

Justice deposits inject capital into banks to banks to allow more Black Americans and minorities to gain access to capital. Aside from this, Christopher discusses on this episode why this is a very savvy marketing move. In fact, according to Harvard Business Review, 60% of Americans say that brands should take steps to address the root cause of racial inequality. It turns out, 50% of Americans go further and say brands must actually educate the public about this matter.

“There can be no equality in America without equal access to capital.” – Christopher Lochhead

This episode is a companion of a recent article in Harvard Business Review: “Could Gen Z Consumer Behavior Make Capitalism More Ethical?” It’s a very eye-opening article that we encourage you to read as well. Christopher, together with Eddie Yoon, Pastor Dave Ferguson and Pastor Quentin M. Mumphery collaborated on this research piece.

“What I think this means for CEOs, CMOS and even CFOs, is we need to pay attention. The Next Generation really cares about this stuff. And it’s very clear to me, and I think it should be clear to all of us that every company today needs what you could call a conscious capital strategy.” – Christopher Lochhead

To know more about justice deposits, download and listen to this episode.