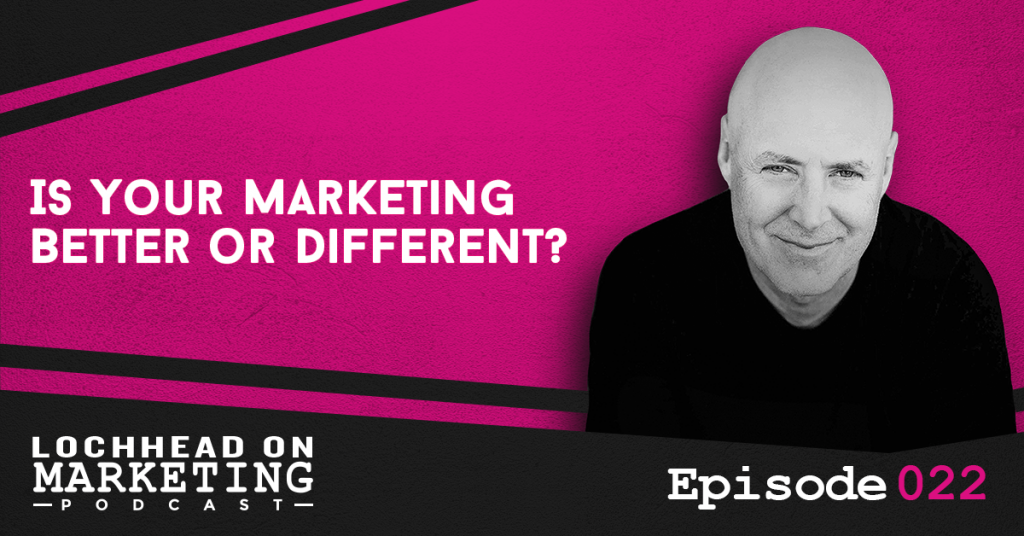 Christopher Lochhead discusses differentiation or differentiators of a brand, product or company. He further shares what legendary marketers do, makes their marketing better or makes it different?

We often hear this word a lot in marketing: differentiation. Christopher poses the question when speaking about a product or brand differentiation, is it really different or is it better?

In reality, when most CEOs, CMOs, entrepreneurs and product investors say differentiators, what really comes out of their mouth is better. Christopher however, believes making a difference is the better choice.

“If you have a list of 50 differentiators out there, if five of them are truly different, you’ll be doing well, I think.” – Christopher Lochhead

Why does this matter? It matters because different forces a choice, and better is a comparison game. Legendary marketers want to own a position where they can’t be easily knocked off. They prefer the perception of being unique, distinct, hard to replace and as someone who solves a problem and creates value.

Christopher cites Pepsi as the top contender in this “better” game. They run a series of campaigns comparing themselves to Coke. However, this still proves to be ineffective.

“The problem with this better game is, whatever you’re comparing yourself better with, ultimately, is the thing you’re giving power to.” – Christopher Lochhead

One of the legendary things that category designers and creators tend to do is to never talk about competitors. Exactly, for this reason, the different conversation, forces a choice. Fundamentally, marketing is about distinguishing oneself.