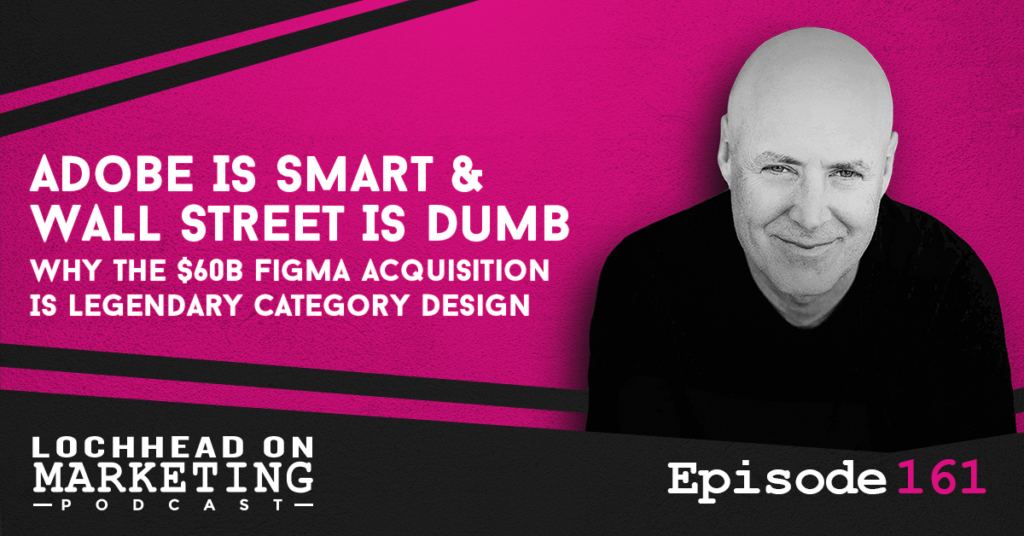 On September 15 2022, Adobe announced it was buying startup Figma for 20 billion US dollars. This is one of the largest private company purchases in Silicon Valley history. They paid approximately 50 times Figma’s 2022 revenue, and Wall Street hated it.

Skeptics are saying that Adobe paid an “astronomical price” for a company projected to book only 400 million in ARR annualized reoccurring revenue this year. And this is exactly what people who do not understand how categories work. The “experts” on Wall Street when deals like this go down, are almost always wrong.

Let’s start off with an interesting tidbit that I experienced by interacting with Wall Street.

As I was doing a little bit of consulting and insulting back then, a group approached me about their matchmaking service. Simply put, they would match executives and experts to Wall Street folks, and they pay for your time so they could ask you questions and advise on certain things.

The idea intrigued me, so I signed up for it. But it turns out, the Wall Street guys only wanted to ask for speculations and opinions on certain company’s performance and how it would affect the market, what stocks were going to tank, etc.

The AHA here is that most people (this is a generalization) in Wall Street are mercenaries. They’re looking to make money in the now term, short term. They don’t create a significant value in the economy. They just try to anticipate what might happen tomorrow, so that they can play a financialization game.

While there are exceptions to this, it’s generally the perception most people have of them.

How to Confuse a Wall Street Folk

As we’ve discussed before, there are two kinds of acquisition deals when you look at them from the high level. There are consolidation deals and acceleration deals.

Consolidation deals happen when a certain company is not growing anymore, and their solution for it is to merge with another company to get a bigger share of the market and look like they have “growth”. Value investors like the Wall Street folks typically thrive and look out for such deals, as it fulfills their requirements for “growth” and revenue increase.

Acceleration deals is when a company acquires another because they see value on it once they have developed it. They company or IP they purchased may not have a huge valuation at the moment, but it could be a gold mine for them once it is fully fleshed out.

Acceleration deals tend to confuse Wall Street folk, as they are focused in the “now”, and could not fathom the significance of such a deal entails, unless it affects the current quarter. Hence, they do not understand what Adobe did, which is why they hate it.

To hear more about the Adobe deal and why Wall Street folks hate it, download and listen to this episode.