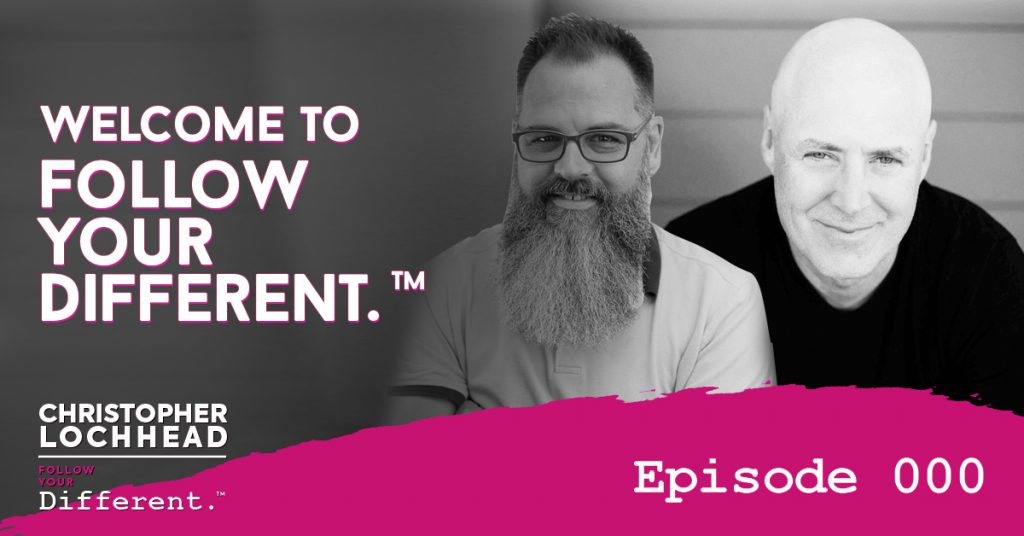 From unfolding legends and losery, Christopher Lochhead moves on to unpack stories of how people embrace what makes them different. On this episode, he sits with his dear friend Jaime Jay to share the story behind the show and what people should expect from Follow Your Different™.

“The number one question that I have for myself is why would you change something that isn’t broken?” – Christopher Lochhead

Starting a new show is both exciting and scary. But according to Christopher, Follow Your Different™ is a representation of what Legends and Losers, his previous podcast, has become.

For a long time, Christopher stuck to the theme he started with when he first launched Legends and Losers. But he also began to feel a little straitjacketed by how people viewed the show as a life and business podcast.

“When I took a hard look at it, the theme that really seemed to run through the podcast was the… celebration of different, if you will.” – Christopher Lochhead

People readily embrace the mantra of following your different. According to Jaime, when Christopher first talked about the idea of the podcast, he didn’t know what to expect.

Legends and Losers requires some explanation, and that is something that Christopher hopes to do away with in Follow Your Different™. The new podcast itself actually has a double meaning. The diversity of Legends and Losers inspired this.

Firstly, the podcast is a celebration of different things, of people and companies with different ideas that may not be exposed in mainstream media. These make for very gripping stories for this very reason. Secondly, every episode is different.

Different in a Lot of Ways

With the theme so deeply embedded in Legends and Losers, you never know what you’re going to get. Sometimes it’s a top-tier venture capitalist, sometimes a CEO, sometimes a doctor who’s designing a legendary death. Other times, a convicted killer turned motivational speaker.

These two kinds of different should resonate with the audience of the brand new podcast. To hear more about how Christopher turns over a new leaf and launches Follow Your Different™, download and listen to the episode.

Share on FacebookShare on TwitterShare on PinterestShare on LinkedInShare on Email
Posted in Follow Your Different and tagged Marketing, Motivation/Inspiration