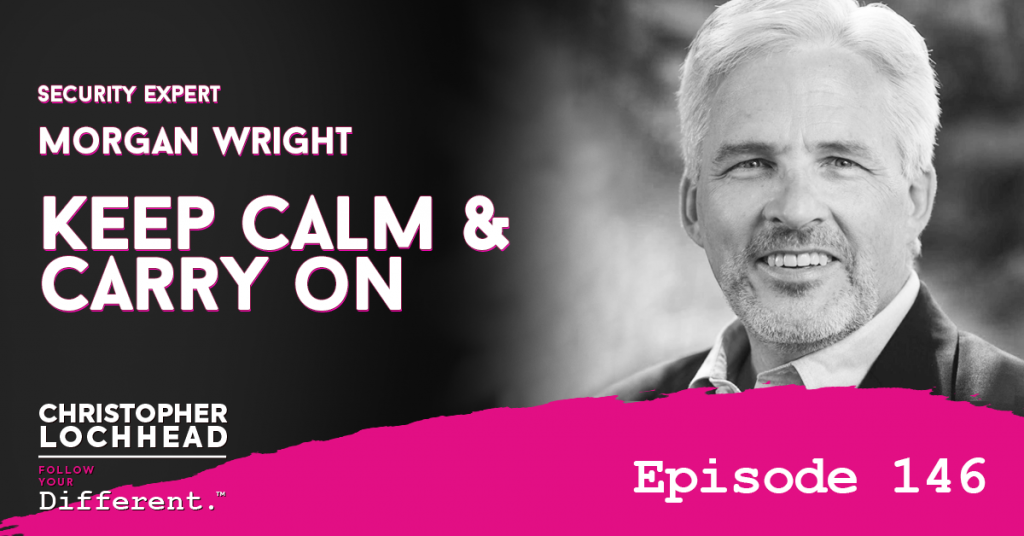 Today, we have Security Guru Morgan Wright, a distinguished professional in law enforcement and an internationally recognized expert on cybersecurity, cyberterrorism, and privacy. We talk all things security: how to deal with fear, scams, self-defense and most importantly why Morgan is optimistic about our future. This is a fantastic dialogue!

We have conversed with Morgan several times in the past. He talked about Security in episode 84. He was known for his landmark testimony before Congress on Healthcare.gov that changed how the government collected personally identifiable information.

On Sheep, Wolves, and Sheepdogs

Morgan shares about Dave Grossman, an author who has written excellent books and theory on warfare and mindset. Dave, in his writing, says that in every society there are 3 kinds of people: there are sheep, there are wolves and there are sheepdogs.

“If you’re a sheep, that’s okay, but recognize you’re a sheep.If you are a sheepdog, that’s the only thing that stands between the sheep and the wolves. Less than 1% of the population in the US, whether its the military or firefighters, says I will stand up and be that sheepdog.” Morgan Wright on Dave Grossman’s Writing

However, Morgan believes that when the time is ripe, many “sheeps” are willing to step up and become “sheepdogs.” He narrates how several life-changing events that happened in the US changed the mindset of Americans. Those are the 9/11 attack, Hurricanes, and others.

“Just when we think we have been tested, nature has its own way of testing you again.” – Morgan Wright

Morgan further shares some insights on how to deal with the coronavirus pandemic. He stresses the importance of keeping calm. He says that there is no amount of panic that can change the situation. In fact, it worsens the current situation.

He also shares about expecting nothing and accepting everything. He also quotes Teddy Roosevelt saying “do what you can, with who you are, with what you have.”

To hear more about Morgan Wright, how to deal with fear, scams, self-defense and most importantly why Morgan is optimistic about our future, download and listen to this episode.

He currently serves as a Senior Fellow at The Center for Digital Government, and is a national security opinion contributor to TheHill.com.

He’s made hundreds of appearances on national news, radio, print and web including CNBC, Fox News, Fox Business, CNN, ABC, NPR, NBC and more. Previously Morgan was a Senior Advisor in the US State Department Antiterrorism Assistance Program and Senior Law Enforcement Advisor for the 2012 Republican National Convention. In addition to 18 years in state and local law enforcement as a highly decorated state trooper and detective, Morgan has developed solutions in defense, justice and intelligence for the largest technology companies in the world including SAIC, Unisys, Alcatel-Lucent and Cisco.

He’s a contributing author for the 4th Edition Computer Security Handbook, and has been quoted in 2 New York Times best sellers (Sharyl Attkisson: Stonewalled and Carmine Gallow: Talk Like TED).

Share on FacebookShare on TwitterShare on PinterestShare on LinkedInShare on Email
Posted in Follow Your Different and tagged Entrepreneurship, military/law enforcement