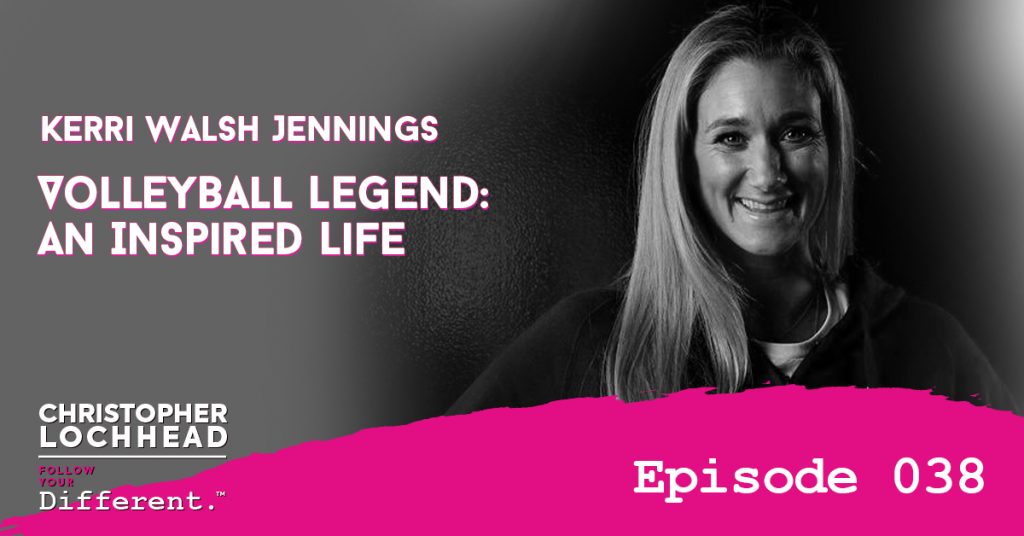 What drives a five-time Olympian? Today, we hear from the true legendary champion Kerri Walsh Jennings. The best beach volleyball player in the world sits with us for a conversation all about drive and inspiration.

One of Kerri’s favorite quotes is Jocko Willink’s “Discipline equals freedom.” A lot of high-performing people get either flak for being so disciplined or pity for being “punished”. But discipline liberates and allows Kerri the space to breathe and accomplish things.

Discipline is all about showing up and doing what it takes on the daily. And it is as beautiful a word as competition despite the negative connotation often attached to the two.

“It makes me feel good to be consistent and to do the hard things when things are hard and to do it until they’re done.” – Kerri Walsh Jennings

Like most athletes, Kerri loves winning. But her relationship with it is as unique as it could get. The joy of winning motivates and inspires her more than the pain of losing.

People would often say that losing motivates them, but Kerri thinks that losing is like a chronic injury or a weight on one’s shoulders. It gets into your psyche in a way that drives you crazy. It is a toxic feeling despite the positives to it.

“I love winning more than I hate losing, which I think is why I’m still going.” – Kerri Walsh Jennings

Feeling at Home in the Olympics

With her veteran status in the Olympics, one would think that she felt the pressure of having basically the entire world watching her either win or lose. But not once has this ever occurred to Kerri.

The Olympics is fun, and she has always found it helpful to create a bubble around her to make her feel safe and not get caught in the noise. She has found her home in the Olympics, and not even the millions of spectators would take her off her game.

To hear more about Kerri’s distinction between inspiration and motivation and a whole lot more, download and listen to the episode.

Kerri Walsh Jennings has been called, “the Best Beach Volleyball Player in the World”.

She is the beach volleyball career leader in career wins.

And Kerri is half of what has been called “the greatest beach volleyball team of all time,” with her longtime partner Misty May-Treanor.

She is currently training and competing with her partner Brooke Sweat to compete in the 2020 Games in Tokyo.

Walsh Jennings is also an entrepreneur. She is the founder of p1440,  a beach volleyball event series launched in September 2018 with eight events in the 2018–2019 season, showcasing the best in women’s and men’s beach volleyball from around the globe.

Share on FacebookShare on TwitterShare on PinterestShare on LinkedInShare on Email
Posted in Follow Your Different and tagged Athletes/Extreme Sports, Life Design, Motivation/Inspiration