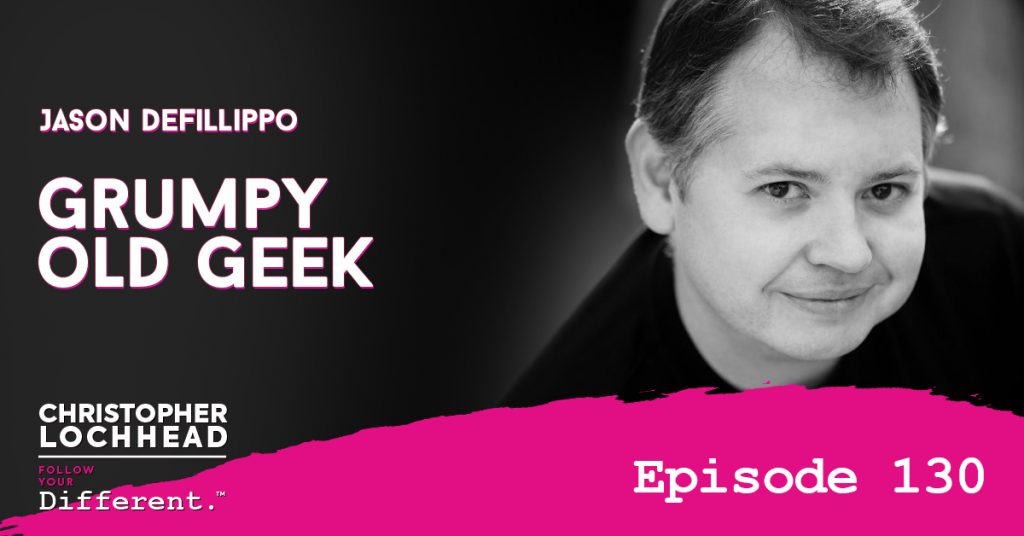 He’s back! Podcast legend and co-host of Grumpy Old Geeks podcast, Jason DeFillippo joins us for another dynamic conversation about deep fakes, streaming services, and tech that will or will not change your life in 2020.

“It was edited to remove 2-3 frames of the film, to speed up, when he pushed the person and they removed the ‘pardon me, ma’am’ out of the audio. That was just creative editing.” – Jason DeFellippo

Have You Heard About “Hearables?”

Apparently, hearables are the new category king and queen for 2020 as different brands introduced a “smart” earbuds. Although Christopher is a fan of the attempt to create a new category, Jason says the products really mean nothing.

“That’s the thing, they’re not smart. They are just conduit to your phone. If you go out without your phone, they don’t work. they get real dumb, real fast.” – Jason DeFellippo

Aside from this, Jason rants about adding more gadgets to charge. He says he has 7 gadgets at the moment and he would prefer using wired earphones/plugs due to the sound quality.

The Field of Streams

Jason shares that around 7 years ago, on his podcast Grumpy Old Geeks, they have predicted this will happen. Everybody saw the popularity of Netflix and all the content creators decided they should make their own platforms.

“I think we’re going to see consolidation coming. People are going to start doing deals with each other to get bundling packages.” – Jason DeFellippo

Jason also predicted that households would just pay for around 3 streaming service, max.

To hear more information about Jason DeFellippo and to listen to more of his comments on deep fakes, tech for 2020 and streaming services, download and listen to the episode.

In 1994 he created the groundbreaking website Spewww which was nominated for a Webby in the first year the awards were held in 1998.

Since then Jason has launched over 250 websites for major corporations like Paramount Pictures, Sony, Warner Brothers, and Disney.

He has worked at several startups in San Francisco including Technorati and 8020 Media, the publishers of JPGMagazine.com, and statistical aggregator Metricly.

It’s All Fun And Games Until Someone Gets Hurt: The Implications Of Deepfakes

Tech That Will Change Your Life in 2020

The future is ear: Why “hearables” are finally tech’s next big thing

The Great Streaming Battle Is Here. No One Is Safe

Share on FacebookShare on TwitterShare on PinterestShare on LinkedInShare on Email
Posted in Follow Your Different and tagged Legendary Stories/Shits & Giggles, Tech