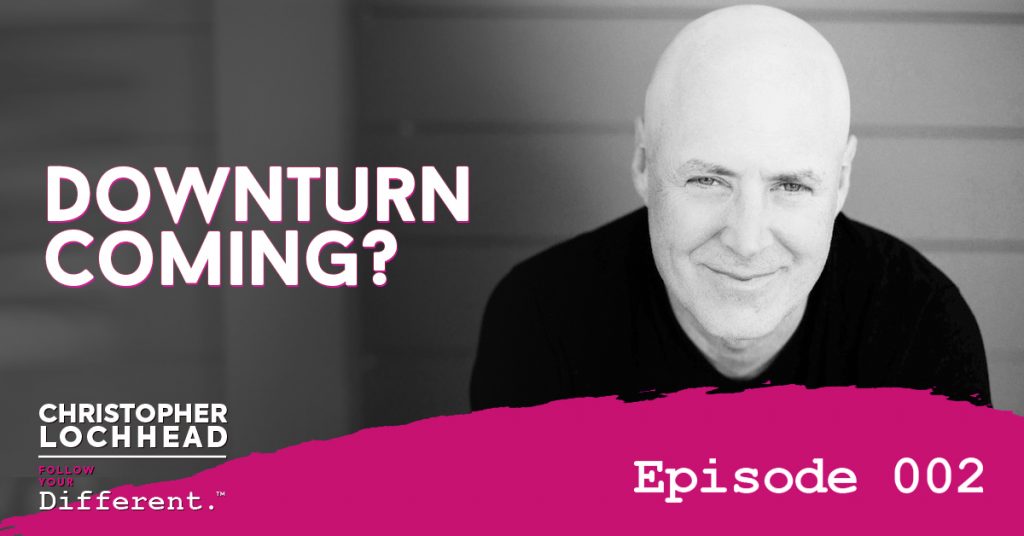 Is it wise to raise a round of funding now? On this episode of Follow Your Different™, Christopher Lochhead answers a question emailed by one of his listeners. Is there a downturn coming?

The CEO of a venture-backed startup has been hearing that venture capitalists are concerned about a downturn. Valuations are coming down and funding rounds are getting smaller. Because of this, they are wondering whether they should raise money when it’s supposedly going down.

Christopher is no stock expert and neither is he an economist. But indeed there have been ramblings about how the stock market is getting funky.

The State of the Market

Christopher had a conversation with the CEO of a company that he’s involved with from which he gained valuable insight. Venture capitalists are getting a little squirrely. The CEO has decided to raise money now since it’s unsure where things are going to be in six months.

Having been doing involved in all this for over 30 years, Christopher has made the observation that there is a correlation between the public and private markets. This is to say, the stock market affects venture capitalist behavior. In this same vein, it wouldn’t be surprising if valuations come down and the size of some funding raises come down heading into 2019.

“I’m not sounding the alarm, it hasn’t gone to that level, but be cautious.” – Christopher Lochhead

It’s smart to get on a little earlier and get ready for valuations coming down, because this is likely going to happen. Entrepreneurs need not pull back too much but they have to be more thoughtful about hires, spending and expansion. It is also important to evangelize your point of view and offer to solve a problem.

“The bigger and more urgent and more strategic the problem, the more time, money and energy people will apply to it and spend on solving that problem.” – Christopher Lochhead

To hear more about getting ready for the possible downturn, download and listen to the episode.