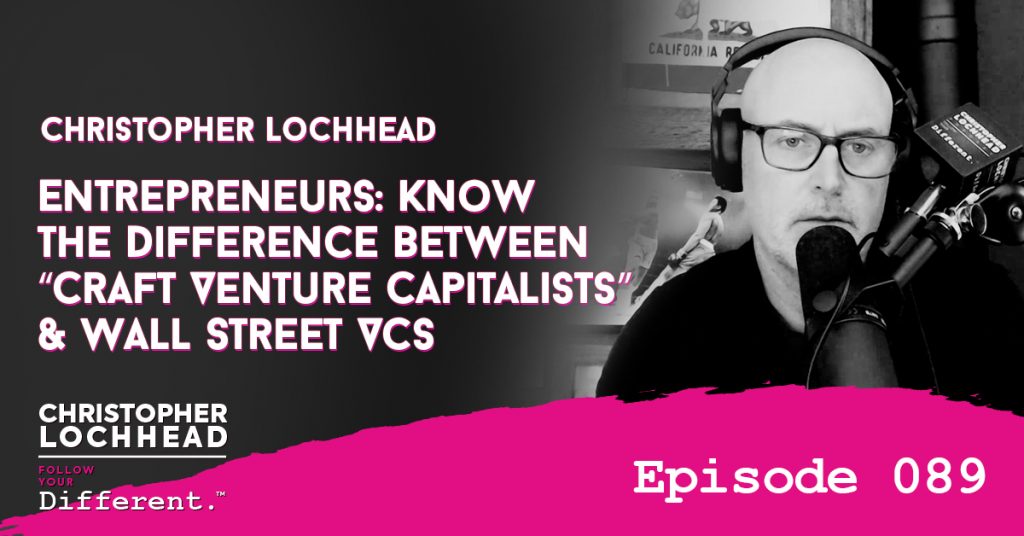 This is a special episode for entrepreneurs who are contemplating on raising funds from VCs.

The Power of Venture-backed startups

In a study published by Brookings, they claimed that “in recent decades Venture Capital (VC) has generated more economic and employment growth in the U.S. than any other investment sector. Further, venture-backed startups make up 0.2% of GDP, in terms of investment and they deliver an astonishing 21% of U.S. GDP

“Venture-backed startup entrepreneurs who seek VC, produce an extraordinary outcome, not just for themselves, their people, customers, investors but for the US economy overall.” – Christopher Lochhead

So, What’s The Issue?

Lochhead frankly discussed a disturbing trend in Silicon Valley over the last 15 years or so. The emergence of Wall Street type VCs ⁠— who are principally focused on value extraction. This is in opposition to “Craft VCs” who helped build Silicon Valley.

Lochhead clarified that these folks are focused on value extraction from the entrepreneurs. These Wall Street VCs impose terms and conditions which are often fairly punitive to entrepreneurs and to employees.

Lochhead forewarns entrepreneurs who are considering Wall Street VCs versus Craft VCs. First and foremost, Craft VCs prioritizes relationship with the founder and the employees. They focus on providing experience, as they are former entrepreneurs themselves.

To hear more about the difference between craft VCs and Wall Street VCs, download and listen to the episode.

In addition, he served as a chief marketing officer of software juggernaut Mercury Interactive. Hewlett-Packard acquired the company in 2006 for $4.5 billion.

Brookings – As the venture capital game gets bigger, the Midwest keeps missing out