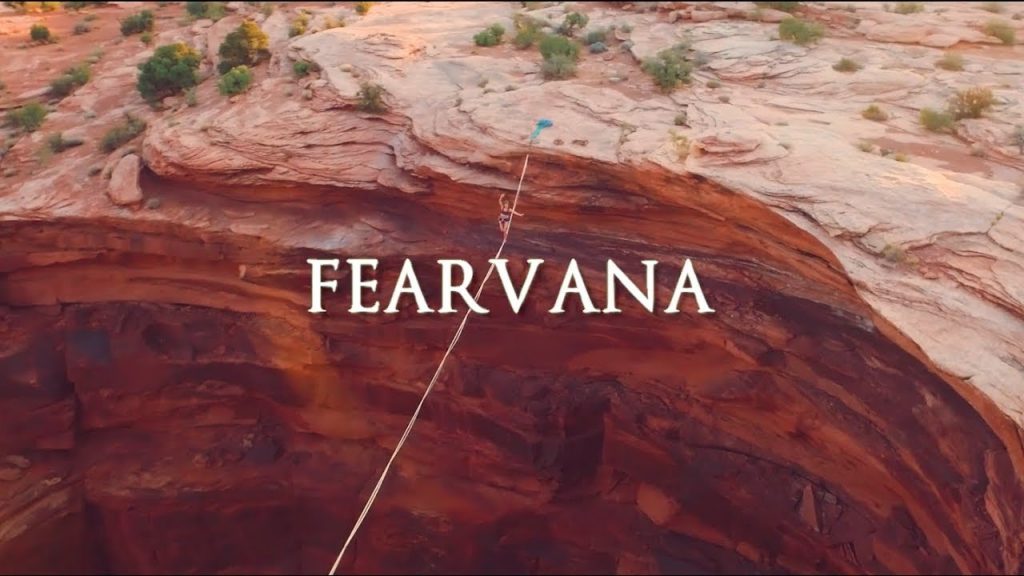 Don’t demonize stress and anxiety, he advises. Learn how to control your emotional response to them instead.

“I believe that the most important skill to master in life is the ability to develop a positive relationship to the experience of pain and suffering,” he told me during our conversation on Follow Your Different.

Without fear, there can be no courage. Without struggle, there can be no reward. Out of the presence of inexplicable evil will rise “inhuman good.” All three ideas are central to Nanavati’s eye-opening book, “Fearvana: The Revolutionary Science of How to Turn Fear into Health, Wealth and Happiness.”

Inspired by his battle with post-traumatic stress disorder (PTSD) after serving in Iraq and his frustrations with traditional counseling, Nanavati’s book is part confessional and part scripture — one endorsed by both the spiritual leader Dalai Lama and motivational speaker Jack Canfield.

His mission: inspire readers to earn their life. “It’s not about finding yourself, it’s about creating yourself,” Nanavati told me in this life-changing episode.

In a world full of people who claim to live on the edge, Nanavati’s backstory — survival tale, really — is a stunner.

After immigrating to the U.S. from India as a young teenager, his addictive personality led him into a lifestyle of drug addiction and self-mutilating behavior.

A series of events flipped his switch: the death of two high-school friends related to drug addicition, the events of 9/11 and the movie “Black Hawk Down,” which he binge-watched before binge-watching was even a thing.

Another inspiration: The incident at Hacksaw Ridge in World War II, in which an Army medic saved 75 men — without raising a gun.

“What kind of human beings would knowingly put themselves in a situation like that and sacrifice their lives for somebody else?” he recalled during our conversation. “I hadn’t really been exposed to courage of this capacity before this, really.”

Determined to serve his chosen country – The United States, Nanavati — who stands just 5’ 7” and then weighed maybe 160 pounds — enlisted in the Marines, ignoring the advice of doctors who told him his genetic blood disorder, flat feet and less-than-Marinely physique made his chosen path a real danger to his health.

“It took me about a year-and-a-half to take in all these medical waivers, but that was the turning point,” he says. “That is why I wanted to join, to serve an institution where the good of the group matters more than you, the well-being of the group. You serve for the people next to you and everything is your men and the mission and that’s beautiful.”

For Nanavati, seven months of combat in Iraq where he was a specialist in finding improvised explosive devices (a.k.a. IEDs) became an addictive experience — so much so that he trained as a journalist with the thought of becoming a combat photographer after his service.

Back home, he struggled with survivor’s guilt and depression, falling back into the bottle — he was later diagnosed with PTSD.

Dissatisfied with traditional treatment, Nanavati turned to extreme activities meant to push his limits — from climbing mountains in the Himalayas to scuba diving in underwater caves.

He once dragged a 190-pound sled 350 miles across the second largest icecap in the world in sub-zero temperatures and just a few months ago ran 80 miles around 0.2-mile-long track. Just because.

A life goal: Run across every country in the world.

For Nanavati, “Fearvana” is “the bliss that results from engaging our fears to pursue our own worthy struggle.”

All the proceeds from his book are being donated to the Fearvana Foundation, dedicated to helping communities in need “transcend their own suffering.” One of the named projects on the foundation’s website is a school in Liberia, the fourth poorest country in the world.

Wise Beyond His Years

Nanavati hasn’t hit 40 yet, but I think you’ll agree he sounds kinda like a 103-year-old monk. Not that I’ve met one, but you know.

Our conversation was sobering, exhilarating, mesmerizing and mind-altering. Here are 6 moments that really stuck with me:

You really need to listen for yourself. Here’s the complete podcast. It’s very real. And very different.