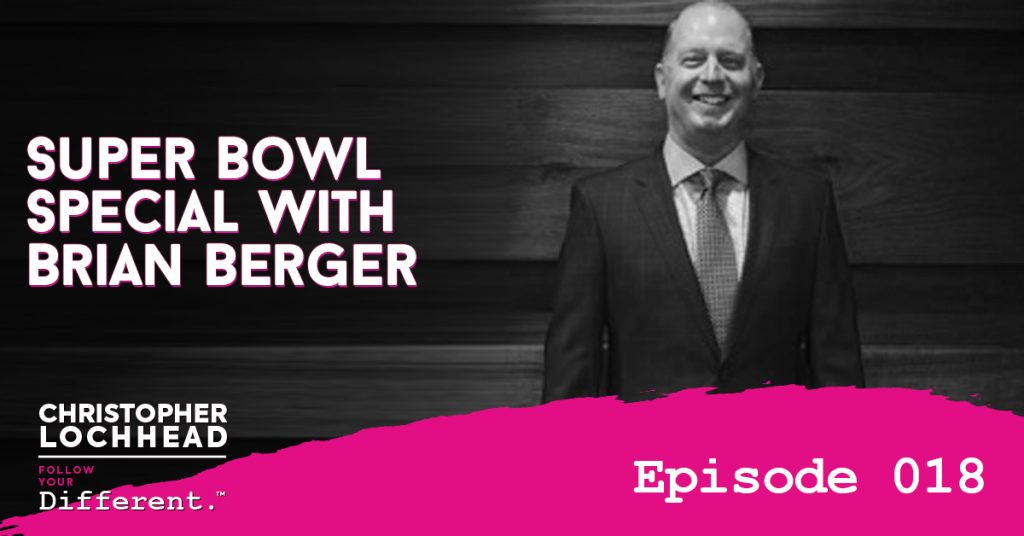 On today’s episode, Christopher talks Super Bowl with Brian Berger. The founder and host of Sports Business Radio the genesis story of the top-ranked business podcast. He also touches on the business side of sports, public relations, and a lot more.

Brian has worked with a lot of people who make the sports world go behind the scenes. They have a story to share. And so he started the podcast.

“Everyone was interviewing players and coaches, but no one would talk to the business people behind the scenes—owners, agents, front office executives.” – Brian Berger

After 15 years, they have brought a unique perspective to listeners. They get firsthand information from the people who live and breathe sports business. People often assume that they talk stock prices and deals, but they’re not that complicated at all.

“It really is more about, ‘Why did people make certain decisions that they made, how did they find their path to success?’ We keep it ‘simple stupid’, as they say.” – Brian Berger

On top of being a podcaster, Brian has also been a long-time PR executive. He knows what it’s like to be the person to deliver a guest to a show and to deal with PR people who are hit-and-miss. So, to help better the industry, he started Sports PR Summit.

“I like building relationships with the people that I have on my show as guest and I’d rather deal with them directly… But sometimes a PR person can add some elements that I may not have thought of.”  – Brian Berger

And if you’re lucky, an exceptional PR may come along and bring in Jack Nicklaus to your show.

The highest-rated Super Bowl was in 2015, with 114 million watchers. Even though there are top media markets involved in this year’s Bowl, Brian thinks there won’t be the same outcome.

To hear more about Brian’s podcasting and Super Bowl facts and figures, download and listen to the episode.

Berger is also the Founder/CEO of the Sports PR Summit, an annual event that brings together Senior PR executives from the pro and collegiate sports ranks as well as from top sports corporations, media members and athletes for panel discussions and valuable networking opportunities.

Media members and athletes share candid insight about the best ways for PR executives to work most effectively with them. The event allows for all attendees to leave with a better understanding of the evolving communications issues and challenges we are facing in the sports industry.

Berger received a Bachelor’s Degree in Communications/Broadcasting with a minor in Berger has been named to Forbes.com’s list of Top 50 sports follows on social media in 2014, 2015, 2016 and 2017 (@SBRadio) and the award-winning Sports Business Radio podcast is regularly ranked in the Top 100 of the Business News section on iTunes.