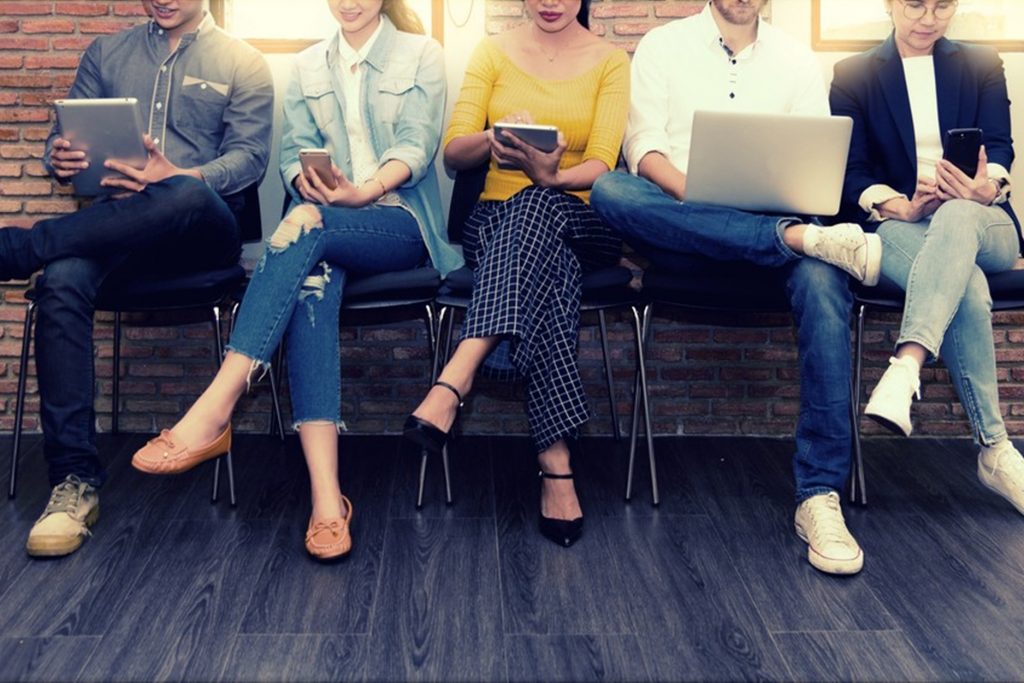 In the 1800s, there were exactly zero corporations with more than 100 employees in the U.S.

But then the Industrial Revolution happened.

As we quickly embraced the power of technological innovations like the steam engine and railroads, our overall standard of living improved immensely. John D. Rockefeller, Cornelius Vanderbilt, and other titans of innovation built fortunes that were previously unimaginable, all while forever altering the face of the ‘modern’ American company.

The pace of change then accelerated with the emergence of the stock market, a network to facilitate financial transactions between people and companies.

On my podcast, Legends & Losers, I just spoke about the power of networks with VC extraordinaire and Silicon Valley giant, Mike Maples, Jr. Mike was a founder and exec at Tivoli Systems and Motive, startups acquired by IBM and Alcatel-Lucent, respectively.

We’ve known and done business with each other for years. Now he’s a partner at Floodgate where he’s invested in Twitter, Weebly, and Twitch.

According to Mike, the rise of networks will bring about a similar paradigm shift — akin to what we saw in the 19th century.

Rather than put our money into corporations, we should invest in networks because they bring democracy, an abundance of wealth, and an improvement in everyone’s standard of living.

Here’s why networks will bring us to a better future for investors… and all humankind:

Corporations have a clearly-defined governance structure:

employees create products or services under the direction of the CEO, who reports to the board of directors and the shareholders.

But in a network, the people who create value don’t necessarily work for a company.

With user-generated content, anyone who chooses to participate in your network is essentially co-creating the product itself.

In other words, the strength and value of the platform come from the people in the network, not the company.

And if the best users — those who consistently post the highest quality content — leave, then the network loses its power.

Corporations are like oligarchies: a small group of people make decisions and keep the majority of the returns. Unless you’re an executive or on the board of directors, the only way to participate in a corporation is to buy its stock.

But with networks, almost anyone can participate. You don’t need to have investing knowledge or access to capital.

Networks bring us closer to direct democracy because they give us the freedom to decide what we read, who we listen to, who we communicate with. And like a democracy, the best networks (and network-centric businesses) start with a constitution: a set of guidelines for all users that explains how the community functions and how people should treat each other.

One reason Mike is so excited about cryptocurrencies and blockchain is that they represent a shift toward decentralized, democratized data.

This is a scary idea for some, but Mike has a solution. Because all communities have bad actors — the key to thwarting them is to provide no profitable upside for gaming the system. To remove the incentive.

Think about it like this: the brilliance of Bitcoin is that it’s a community-driven, self-governance model that functions even if every user is a bad actor.

Trust isn’t built into the model. Rather, trust is an emergent result of the way the model’s built. That’s super powerful.

And a trustless society provides everyone with a better community and way of life.

In the past, “the news” consisted of three broadcast networks on TV and a few national newspapers. These outlets held a monopoly on distribution.

But today, you can choose between hundreds of thousands of news websites, TV channels, podcasts, social media pages… the list goes on.

These alternate media companies can build a giant audience and challenge the dominance of the historical behemoths. Legacy radio, TV stations, and newspapers are dying as alternate media thrives.

And with social media, all of us can become our own media company, broadcasting our views and sharing our content with whoever wants to see it.

That’s the beauty of networks: the pirate (user) can become the monarch (the media company).

This is the brave new future we’re barreling towards. The sooner we embrace networks as forces of good, the more we’ll benefit.

[This article first appeared on The Mission Podcast]

Christopher Lochhead is the host of the top 30 Business Podcast, Legends & Losers and coauthor with Heather Clancy of #1 Amazon Bestseller “Niche Down: How to become legendary by being different.”

Heather Clancy is an award-winning journalist, coauthor with Christopher Lochhead of “Niche Down: How to become legendary by being different.” She is also editorial director for GreenBiz.com.