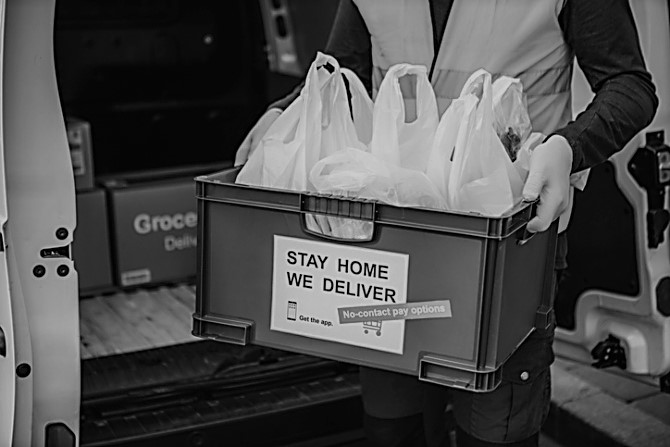 About 10% of companies get stronger during a downturn, according to Christopher Lochhead, a podcaster, best-selling author, and former chief marketing officer, and companies desperately want to be part of that 10% when the economy recovers.

While Lochhead would be the first to admit that he doesn’t have all the answers, he feels strongly that playing it conservative and sitting on one’s hands is exactly the wrong strategy for the times. In other words, it’s time for businesses to get creative.

“Don’t stand in front of an empty fireplace and expect it to produce heat,” Lochhead said during a recent NetSuite Fast Forward event with Eddie Yoon, a speaker and author on marketing. “What we do during this crisis will affect our companies, categories and brands for a generation.”

Focusing on the Most Passionate Customers

Yoon took it a step further, saying that the companies that will emerge strongest will have invested in developing “superconsumers,” customers that drive a disproportionate share of the economy and emotion around a brand or product. The founder of EddieWouldGrow and author of Superconsumers from the Harvard Business Press, Yoon essentially invented the concept of superconsumers.

Yoon uses his wife as an example, referring to her as a scissors superconsumer. He estimates that the couple has two dozen pairs of scissors, one for every imaginable purpose, including one designed exclusively for cutting pizza.

Every successful brand and product has superconsumers, Yoon said, but most companies don’t know how to extract the maximum valuable from these valuable evangelists.

“When you get a customer who’s geeking out about a category, and you’ve got a marketer who geeks out about that category, you’ve got magic,” he said.

Lochhead estimates that about 10% of consumers can be considered superconsumers, and he believes that companies would be wise to invest in their relationships with these customers, which can become highly valuable marketing assets.

Which begs the question: How does a company create a superconsumer? The answer, Lochhead said, lies in businesses adopting two behaviors that might be foreign to them: Thoughtful aggressiveness and radical generosity.

As an example, he offered up revered guitar-maker Fender. Prior to the pandemic, Fender launched an online guitar-learning app called Fender Play, and when the economy shriveled up, the company offered the app free for three months. The response was humongous, with 500,000 new subscribers signing up basically overnight.

Yes, the company took on the care and feeding of all of those users, including having to shore up the app to support such a huge audience. But what it gets in exchange is a likely influx of paying customers after those three months—not only for the app itself, but also for the company’s guitars, bass guitars and amplifiers. And if Lochhead’s estimate holds, those 500,000 users could mean up to 50,000 new superconsumers.

“You’re looking at massive customer creation and superconsumer creation,” said Yoon. “I [meaning the superconsumer] am going to talk about how Fender was generous to me.”

Both Lochhead and Yoon agreed that while companies can certainly fuel revenue growth by raising prices, or simply pushing to sell more to each customer, adopting a thoughtfully aggressive and radically generous approach such as Fender’s is the most effective way to attract new customers and create superconsumers.

The Value of a Lasting Impression

And there’s another benefit to superconsumers: Data. With thousands of new superconsumers joining the fray, imagine the insight Fender will be able to glean on how to improve its Fender Play app or how to better make guitars.

And while it may seem counter-intuitive to companies that are wondering if and when things will return to a semblance of normality, now is the time when thoughtfully aggressive, radically generous actions can be the difference between thriving in the post-COVID-19 world or being a remnant of the pre-COVID-19 world.

“There’s no better time to make a lasting impression on a customer than to be radically generous right now,” said Yoon. “Customers will remember that.”