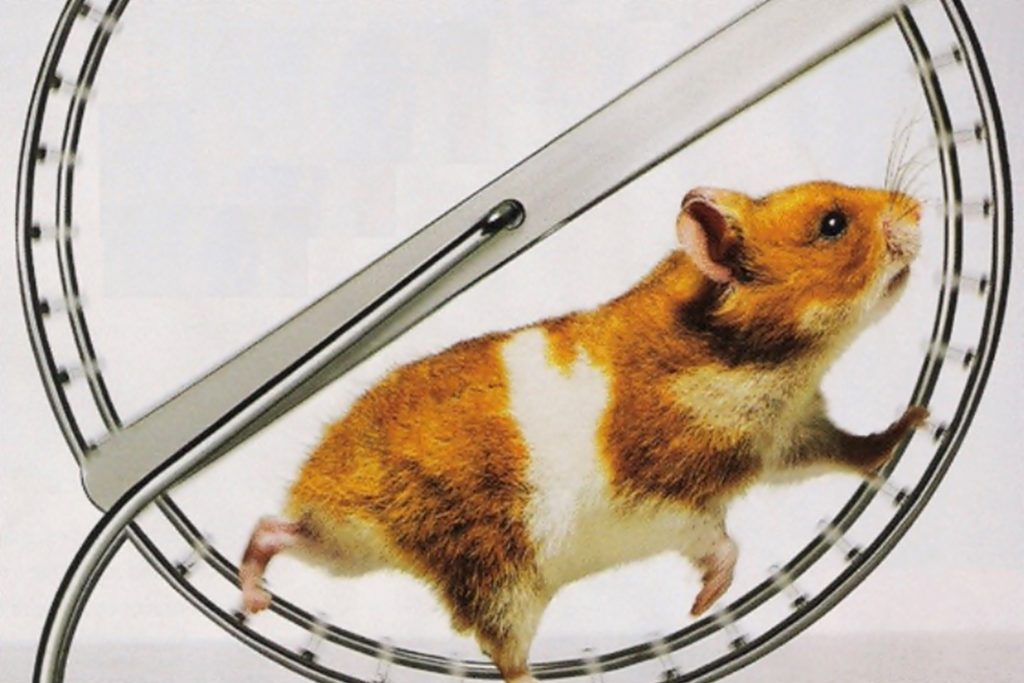 This is arguably the top piece of success advice you hear today.

Vaynerchuk says hustle is “the most important word ever”.

I wish I was making this up!

And Tai Lopez says, “hustle until the haters ask if you are hiring”.

I call bullshit. Here are 7 reasons why:

We all read Malcolm Gladwell when he told us it takes 10,000 hours to master something.

Everyone already knows it.

Sure there are trustafarians whose parents give them a ton of money and therefore they don’t have to work hard.

And some people win the lottery.

But, the vast majority of people who achieve any kind of success had to earn it.

And they never get anywhere.

The seminal question is, does the work I do produce meaningful results that create value or am I spinning my wheel?

My friend, Pat Hiban, host of The Real Estate Rockstars podcast makes the distinction between “horizontal” and “vertical” income.

This is something most of us didn’t learn in school.

Vertical income is money you have to do something for.

The vast majority of us get trained in this. We trade labor for pay.

The hustle pushers think the pathway to success is more work.

Horizontal income is money you make from investments.

You make one smart investment, and it pays you over and over again. I like to say it’s horizontal because you can get paid lying down!

On my podcast, Pat makes the argument that true financial freedom comes when you can pay your living expenses with horizontal income [SM1].

Thus, you don’t have to do any labor to pay for your lifestyle.

The hustle pushers often forget to mention that smart investments can get you out of the “hard work” rat race.

In the movie “There’s Something About Mary”, there is a scene where the Ben Stiller character picks up a crazed hitchhiker — played by the legendary comedian Harland Williams.

As the vignette plays out, Williams’ a would-be entrepreneur who enthusiastically pitches his captive audience the can’t-miss business idea: a “7-Minute Abs” video that he is convinced will outsell the popular “8-Minute Abs” workout.

A skeptical Stiller responds with: “That’s good — unless, of course, somebody comes up with ‘6-Minute Abs.’

Then you’re in trouble, huh?”

At which point, the hitchhiker and would-be entrepreneur starts convulsing in the passenger seat.

Most people and most businesses have a 7-Minute Abs strategy. They think they can win by playing a comparison game.

And the hustle hucksters tell you, you just need to compete harder. Win at all costs. Do what your competition won’t to win the business/deal/job.

The most successful people differentiate themselves.

They proactively position themselves in a niche they can dominate.

They don’t compete in any traditional sense. They work smart to become known for a niche they can own.

5) There is a “burnout crisis”

And employee burnout costs US corporations up to $190 Billion in healthcare spending, according to the Harvard Business Review.

Recently I did a podcast episode inspired by a post written by VC Jake Chapman on this topic.

It turns out that entrepreneurs are:

7) Workaholics are not heroes

More than half of American office workers (58 percent) say they check their work email while still in bed after waking up and 48 percent consider themselves workaholics.

When did this become a badge of honor?

And making matters worse, Americans only use about half of their vacation time.

Only 23 percent of employees take off all of the time they’ve earned, and nearly 10 percent take no paid time off at all, according to Glassdoor.com.

How often do you hear, “I’ll relax when I retire”?

I have to admit. I used to fall into this trap all the time.

What did I learn?

And you’re probably not exercising enough.

And you’re probably not eating well.

And there is no way you can be caring for the people and relationships you value in your life.

It’s time to start thinking about how to design a life that works.

With the right cocktail mix of work, relationships, experiences, and wellbeing.

Christopher Lochhead is the host of the top 30 Business Podcast, Legends & Losers and coauthor with Heather Clancy of #1 Amazon Bestseller “Niche Down: How to become legendary by being different.”

Heather Clancy is an award-winning journalist, coauthor with Christopher Lochhead of “Niche Down: How to become legendary by being different.” She is also editorial director for GreenBiz.com.