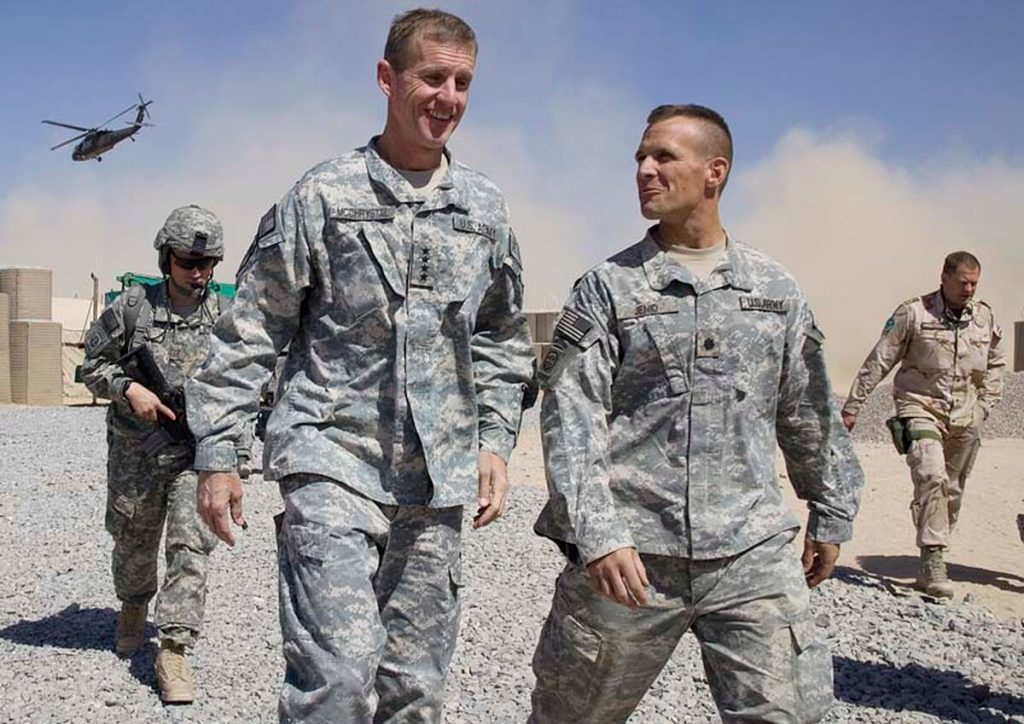 During a wide-ranging, unedited podcast dialogue, General McChrystal — a decorated serviceman best-known for his command of Joint Special Operations Command in the mid-2000s — shares his unvarnished assessment of:

–  seminal leadership strategies for business and government executives, and;

On the U.S. federal government’s response:

Suggestions for business and government leaders:

On the need for shared digital networks:

Listen to the podcast:

All other podcast players

Stan McChrystal is best-known for his command of Joint Special Operations Command (JSOC) in the mid-2000s, where he was credited with the death of Abu Musab al-Zarqawi, leader of Al-Qaeda in Iraq.

As founder and partner, he advises senior executives at multinational corporations on navigating complex change and building stronger teams.

He is also a best-selling author and educator.

His two books “Play Bigger” and “Niche Down” and two podcasts “Follow Your Different” and “Lochhead on Marketing” have won countless awards and become cult classics for entrepreneurs and marketers.

After getting thrown out of school at 18, Lochhead became an entrepreneur, three-time Silicon Valley, public company CMO (Mercury Interactive, Scient, Vantive) and an investor / advisor to over 50 venture-backed startups.

The Marketing Journal calls him “one of the best minds in marketing”; NBA legend Bill Walton calls him a “quasar”; and The Economist calls him “off-putting to some.”

Former Navy SEAL and president of McChrystal Group, Chris Fussell, says: “There’s not a more forward-thinking leader out there. Chris is always driving the right conversations.

Photo courtesy of The Military Times