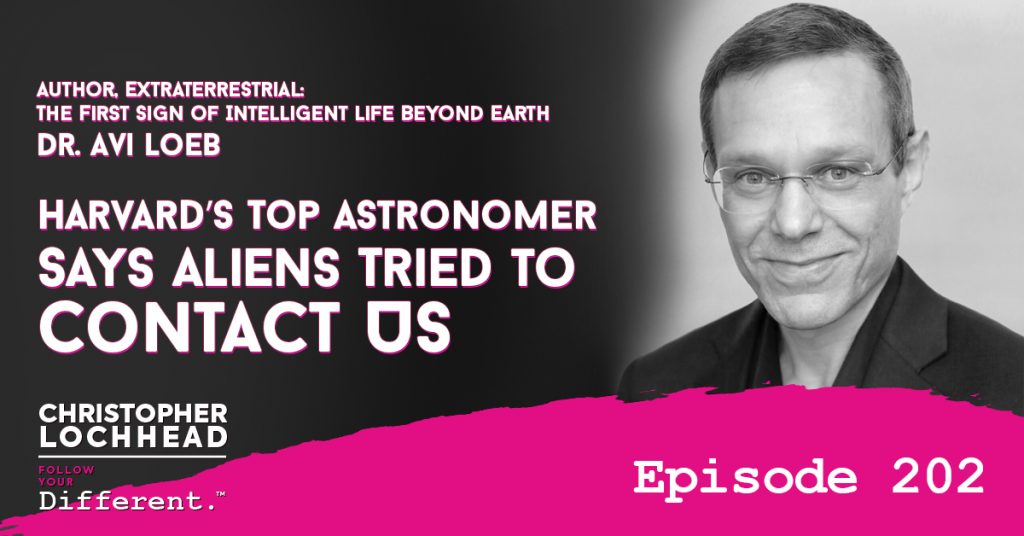 So in this episode, we go deep into obvious hypotheses, the attributes and characteristics that prove that Oumuamua was not a comet or an asteroid or anything else we’ve seen before. We also dig into why the good professor thinks it was likely alien. We discuss why he thinks science is a “dialogue with nature” and why at massive personal risk, he decided to come forward with his theory.

Science as a Dialogue with Nature

Avi says that science is a way of appreciating and understanding the world. It is not in conflict with religion either. Science explains how things work and it increases your own understanding of nature. Additionally, he says that he’s frustrated because many scientists focus on concepts without evidence and have no connection to experiments:

“There is no evidence that these ideas are valued and that they actually describe nature. To me, that’s a betrayal of traditional physics, where we were supposed to have a dialogue with nature, not a monologue. We’re not supposed to tell nature what it is but listen for experiments to what nature is.” – Avi Loeb

The Discovery of Oumuamua

Christopher and Avi talk all about the likely alien, Oumuamua. Avi says that before discovering Oumuamua, they haven’t seen an object in outer space that moves too fast and more powerful from the gravitational pull. This ability to escape the gravitational pull of the sun was a huge discovery and led to the idea that an alien passed by the Earth for a visit.

“It’s just that it’s relative speed. If a bullet moves too fast relative to the earth or, if a spacecraft moves too fast, it will never fall. It would just escape. So the issue is how fast does an object move relative to the source of gravity? All the objects we have seen before were bound to the sun that was relics from the formation process of the solar system.” – Avi Loeb

After discovering Oumuamua, astronomers claimed that it was just a comet or an asteroid that came near the Earth. Another object with an extra push similar to Oumuamua’s was also discovered. However, it turns out it was a rocket booster that left the Arabs in 1966. This event somehow proved that Oumuamua is indeed peculiar.

“The actual discovery of Oumuamua is by itself a puzzle. It means that the abundance of such objects is much greater than would be expected from the rocks that occupied the solar system at any event. Putting that aside, this object was peculiar. It exhibited an extra push of the type that you expect from a comet.” – Avi Loeb

To know more about  Harvard’s Top Astronomer and the Aliens Who Tried to Contact Us, download and listen to this episode.

Abraham (Avi) Loeb is the Frank B. Baird, Jr., Professor of Science at Harvard University.

He received a Ph.D. in Physics from the Hebrew University of Jerusalem in Israel at age 24 (1980-1986), led the first international project supported by the Strategic Defense Initiative (1983-1988), and was subsequently a long-term member of the Institute for Advanced Study at Princeton (1988-1993).

Loeb has written 8 books. These includes most recently, Extraterrestrial (Houghton Mifflin Harcourt, 2021), and about 800 papers (with an h-index of 113) on a wide range of topics. Topics include black holes, the first stars, the search for extraterrestrial life and the future of the Universe.

He had been the longest-serving Chair of Harvard’s Department of Astronomy (2011-2020), Founding Director of Harvard’s Black Hole Initiative (2016-present), and Director of the Institute for Theory and Computation (2007-present) within the Harvard-Smithsonian Center for Astrophysics.

Loeb is a member of the President’s Council of Advisors on Science and Technology (PCAST) at the White House and a member of the Advisory Board for “Einstein: Visualize the Impossible” of the Hebrew University.

In 2012, TIME magazine selected Loeb as one of the 25 most influential people in space. In 2020 Loeb was selected among the 14 most inspiring Israelis of the last decade.

Click here for Loeb’s commentaries on innovation and diversity.