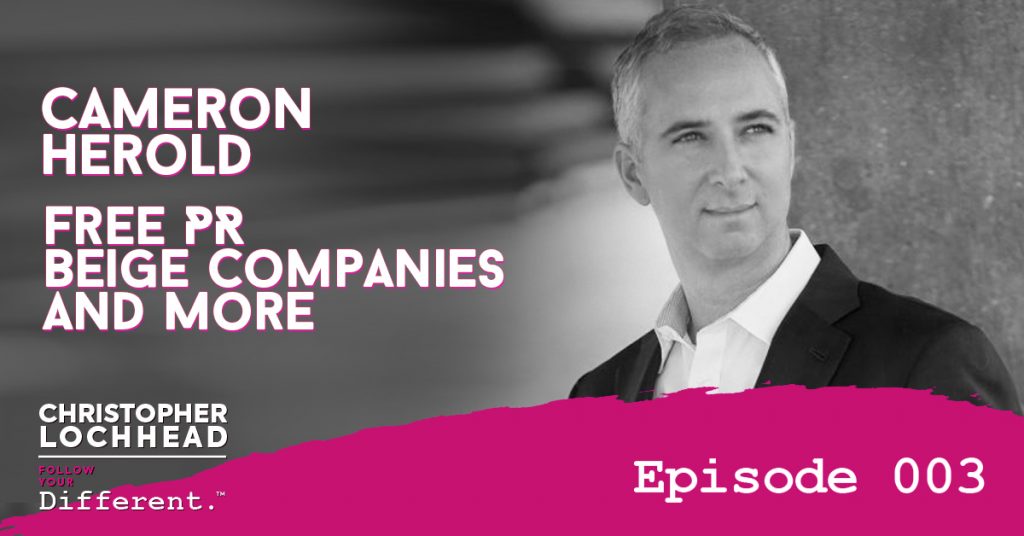 How do you make sure your company does not go “beige”? Cameron Herold tells us how and why simple is ultimately powerful.

According to Cameron, some business persons may be likened to a fly hitting the window over and over in an attempt to get out instead of turning around and taking the door. This is something that’s not very advisable and in fact can result in ruin.

“Why would you try so hard when there’s already a system in place?” – Cameron Herold

All of Cameron’s techniques tend to be simple to execute. He grew up simple, an average guy in high school and college. He doesn’t run with complicated that he doesn’t understand.

No to the A-Player Only Mindset

Something that Cameron has been decidedly against is the belief that a company becomes successful by hiring A players. This is impossible. A company’s A players are its race horses and the B players, the work horses.

A company needs a bunch of people who will work hard. They need to be good and fit into the culture  in order to grow into their roles. In short, companies have to be honest with themselves.

“I guess it’s like baseball. You just need a bunch of solid singles and doubles and you’ll win the game. You don’t need everybody getting home runs.” – Cameron Herold

Building a company with this line of thinking is based on three things. These include money a company is willing to pay, results needed from the person to be hired, and whether the hire has done what is expected of them before.

“Would you rather have someone who’s broken world records or someone who knows how to do it?” – Cameron Herold

It’s impossible to have a whole bunch of marathoners. But you can have a few marathoners, people who run 10Ks, and lastly, people who are at least not sitting in the couch smoking all day.

To hear more about companies and PR, download and listen to the episode.

Cameron Herold is the founder of the COO Alliance as well as a serial entrepreneur, author and top-rated international speaker. His  books include Double Double, Vivid Vision, Meetings Suck, and his latest, Miracle Morning for Entrepreneurs.

He is known as a business growth guru and CEO Whisperer, and speaks around the world at CEO and COO events. Learn more and download Cameron’s personal Vivid Vision at CameronHerold.com.

Share on FacebookShare on TwitterShare on PinterestShare on LinkedInShare on Email
Posted in Follow Your Different and tagged career, Entrepreneurship