As a door opened, a soft “aahh” came over the 25 executives waiting. Madam Secretary had arrived.

(Everyone was there for her, but it was still surprising to actually see her)

The first female US Secretary of State was radiant in red. (Featuring one of her famous brooches)

Warm, welcoming, laughing and listening, she took time to meet everyone.

She shook my hand confidently (all four-feet-ten inches of her), looked me in the eye and told me she was glad to meet me.

Madam Secretary was that rare person who treated you like she’d known you for years. She was humble. The way she listened made you feel heard. Radically unimpressed with herself. 1000% focused on you.

We hired Madam Secretary to keynote our customer conference and I was interviewing her in-front of about 5,000 that morning.

As we prepared, I was struck by the fact that she once wielded more power than (almost) any person on earth.

As US Secretary of State Madeleine Albright could literally get a meeting with anyone. (Think about that)

The most powerful people would stop, listen to her every word and consider her every idea. With urgent attention.

Madam Secretary had gargantuan (positional) power. The exact kind of power (most) people seek in politics and business.

She could make people do shit.

Madam Secretary walked out to a standing ovation.

When she was done another standing ovation.

Then I got it.

Real power. Personal power. The power to make a difference with your presence and participation alone. This was her “only” power now.

She could no longer “make” anyone do anything.

She was one of the toughest things you can be.

Most “formers” fade out fast.

Many believe that power is something given, granted via an external source. (a title, resources, a budget, a team, etc)

And when your position goes, your power goes with it.

Not so fast. It turns out, NOT needing (positional) power is the greatest power of all. Power comes from within, NOT the positions we hold. It’s something we “earn” every day, not something we’re “given” once.

Today I have zero positional power. And I experience more joy and creativity, while making a bigger difference, than I ever did before.

and those two things are not the same thing. 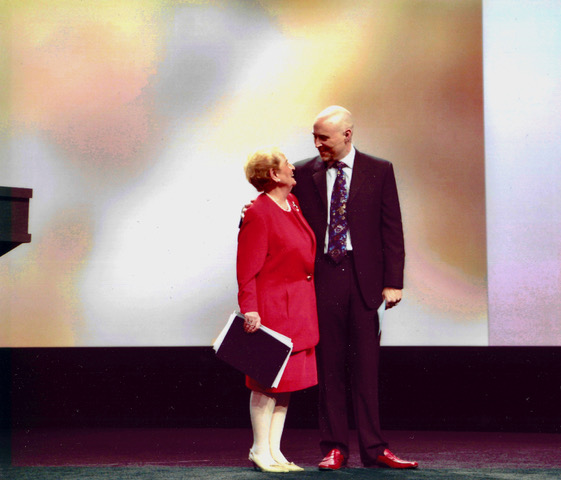