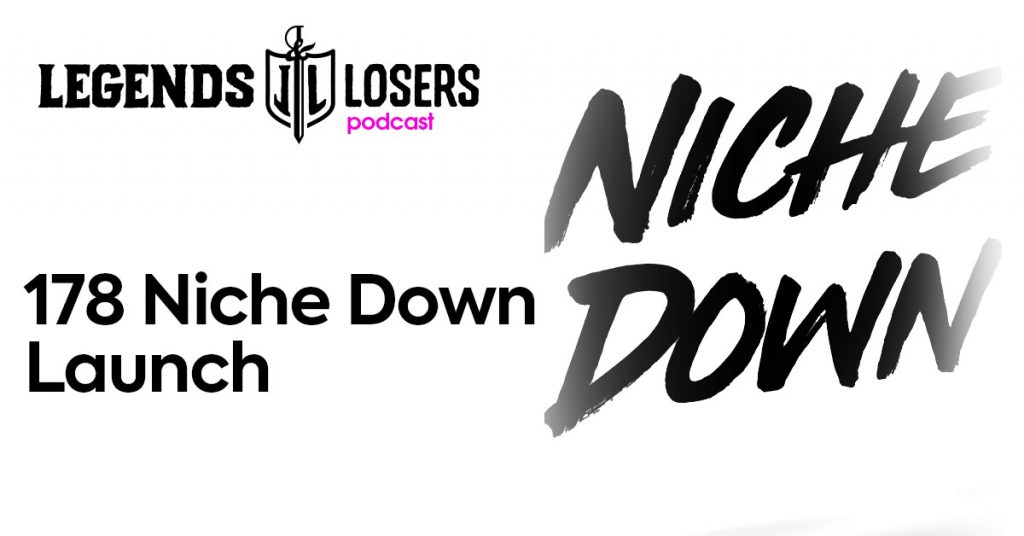 In today’s special episode, two guests join Christopher Lochhead to talk about the most-awaited book that will help you become legendary by being different, Niche Down. Heather Clancy, co-author of the book and Jaime Jay, co-producer of Legends&Losers podcast sit down to discuss the stories and inspirations behind Niche Down, which launches today.

“Follow your soul. I’ve always believed that your heart will tell you what you need to do.” – Heather Clancy

is to do things your way

A classic, family-run deli in Montreal where both Heather and Christopher came from is the embodiment of niching down. While smoked meat is a big deal in the municipality, their specific manner of preparing their sandwiches has helped them become their own niche. They have distinguished themselves among the others, and this is the very embodiment of the concept of finding a way to do things differently and rising above others in doing so.

Heather was one of the few journalists that taught Chris the industry back when he was only getting started with his career. He would read her column religiously every single week, absorbing her articles like a sponge. When they finally met, it was like meeting a hero, and the rest was history.

was born out of public demand

Christopher’s friend Jason Maynard at Net Suite first planted the idea of writing a book for category design. Coupled with the clamor following Play Bigger, Christopher pitched the book project to Heather. Much to his surprise, she said yes, and after a long time since then, Niche Down is finally hitting the shelves.

“Have the courage to niche down.” – Jaime Jay

Heather Clancy is an award-winning journalist specializing in transformative technology and innovation. She’s CoAuthor of Niche Down: How to Become Legendary by Being Different.

Her articles have appeared in Entrepreneur, Fortune, The International Herald Tribune and The New York Times.

She was the launch editor for the Fortune Data Sheet, the magazine’s newsletter dedicated to the business of technology.

As editorial director for GreenBiz.com, Heather chronicles the role of technology in enabling clean energy, sustainable business strategy and the low-carbon economy.

When she isn’t writing, you can find Heather digging in her garden in Northern New Jersey, singing a cappella or scuba-diving with her husband.

The Marketing Journal calls Christopher Lochhead “one of the best minds in marketing.” Fast Company calls him a “human exclamation point.” NBA legend Bill Walton says he’s “a quasar.”
And The Economist calls him “off -putting to some.”

Lochhead hosts the acclaimed “dialogue podcast” “Legends & Losers”, Producer of the “6 Minutes of Legendary” podcast and is co-author with Heather Clancy of Niche Down: How to Become Legendary by Being Different and the Harper Collins “instant classic”: Play Bigger: How Pirates, Dreamers and Innovators Create and Dominate Markets.

Christopher is living happily ever after in Santa Cruz, California, with a wonderful woman, six hens and two wild cats. He can often be found surfing, drinking whiskey or having a very good time.